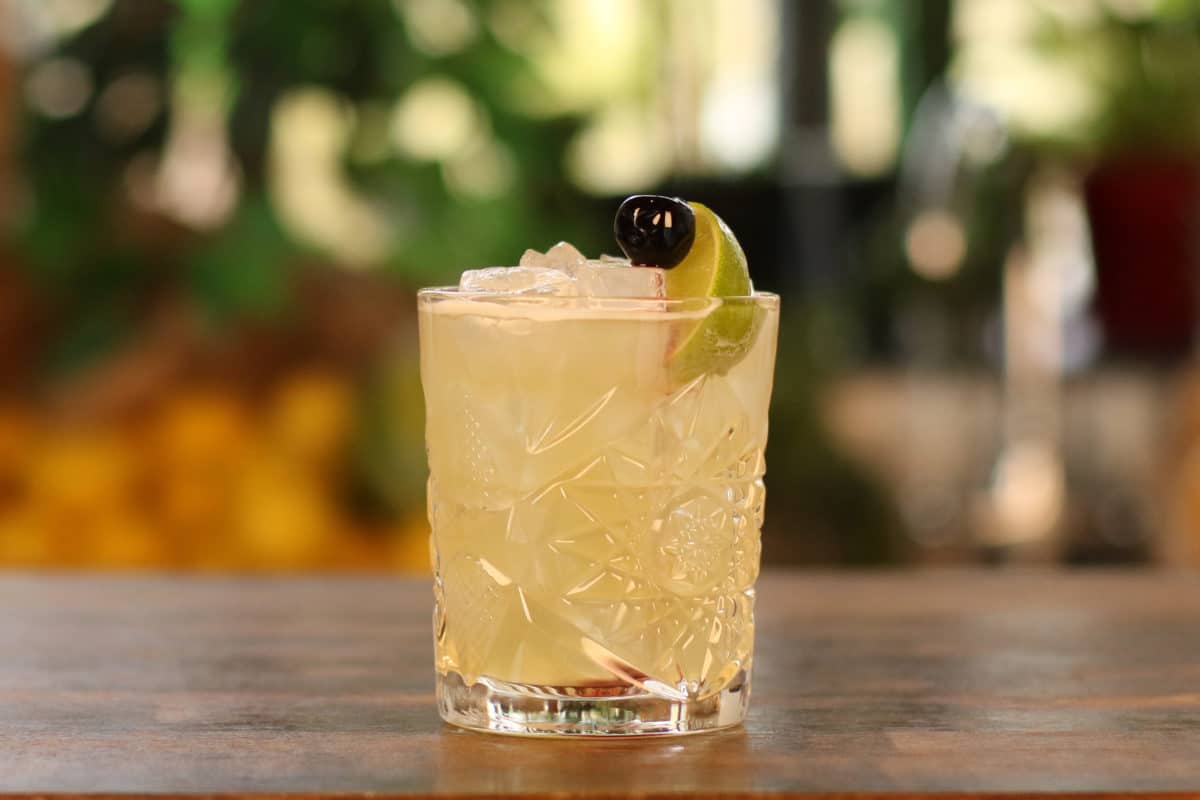 The Mai Tai might be the most famous tiki cocktail, its a drink that everyone’s heard of and many try to take credit for. There are many versions of the Mai Tai but at its heart is a rum and lime juice mixture similar to a Daiquiri with the added nutty sweetness of Orgeat—a syrup flavoured with almonds. Our Mai Tai combines three different rums, freshly squeezed lime juice, triple sec and the all-important orgeat to make a rich and nutty balanced tiki drink.

The Mai Tai is famous for a reason, this gorgeous drink has everything you want or need from a tiki cocktail; the rich caramel-y warmth of rum, the sharp tang of lime, the subtle floral citrus notes of orange liqueur and the nutty, creamy sweetness of orgeat, finished with a dash of bitters to add an extra depth and garnished with any number of fun fruity decorations, this drink exudes tiki through and through.

As tiki drinks go, the Mai Tai is neither the strongest nor the most complex to make. Tiki drinks tend to contain a list of ingredients as long as a bar-spoon and can take considerable time to produce, as well as packing enough rum to down even the most robust of guests within a few rounds. The Mai Tai keeps things simple, with just a few ingredients, combined to create something greater than the sum of its parts and packing a healthy dose of rum without being overpowering, this is the perfect drink to round out a tiki menu and keep service flowing smoothly.

Because of the relative ease to make compared to its tiki cousins, a menu featuring the Mai Tai has plenty of room for some more extravagant and exciting tiki-drinks. You may want to feature a Zombie, the famous rum drink with a fiery flair, known to pack a punch that lives up to its name.

If classic rum drinks are your thing and you want some other classy options alongside the noble Mai Tai, why not feature the mother of all rum drinks, the classic Daiquiri, this simple but elegant mixture of rum, lime and sugar is a perfectly balanced classic that’s sure to be a hit with everyone.

If you’re interested in featuring the Mai Tai as part of your menu and want to know more about what drinks could be served alongside it, be sure to speak to your event organiser about your options, or check out some other rum-based, classic and tiki style cocktails from our list.

The Mai Tai’s name comes from maita’i, the Tahitian word for “good” or “excellence.” Like with all good classics the origins of the cocktail are still disputed.

Trader Vic is probably the most quoted to have invented the Mai Tai but Donn Beach claims he took inspiration from a punch he made. The punch contained a whole lot of other ingredients so we can assume this wasn’t strictly the case. Trader Vic is said to have claimed “Anybody who says I didn’t create this drink is a dirty stinker.”

The Mai Tai is said to have been so popular in America it depleted the stocks of J. Wray Nephews 17 year old rum, the original rum used.

After this, bartenders turned to the 15 year old stock which was also soon sold out.

This from quote CuracoLiquer.com tells us what inspired Trader Vic to create the mai tai:

“Trader Vic tells the story of the day he was serving two friends, Eastham and Carrie Guild from Tahiti, at his restaurant in Oakland. Inspired by the simplicity of successful drinks like Martinis, Manhattans, and Daiquiris he set himself to create a new exotic rum drink.

“I took down a bottle of seventeen-year-old rum. It was J. Wray Nephew from Jamaica—surprisingly golden in color, medium bodied, but with the rich pungent flavor particular to the Jamaican blends”, he writes in his book Trader Vic’s Bartender’s Guide. This specific rum needed to be combined with something that didn’t overpower its taste. He took a fresh lime, orange curaçao, a dash of rock candy sugar, and a bit of French orgeat syrup. He shook the mixture with shaved ice, placed half the lime shell on top of the drink and added a branch of mint to it to represent an island. He served this drink to its friends and after Carrie took one sip of it she said, “Mai Tai-Roa Aé,” which means “Out of this world-the best” in Tahitian. There is where he decided to call the drink Mai Tai.”