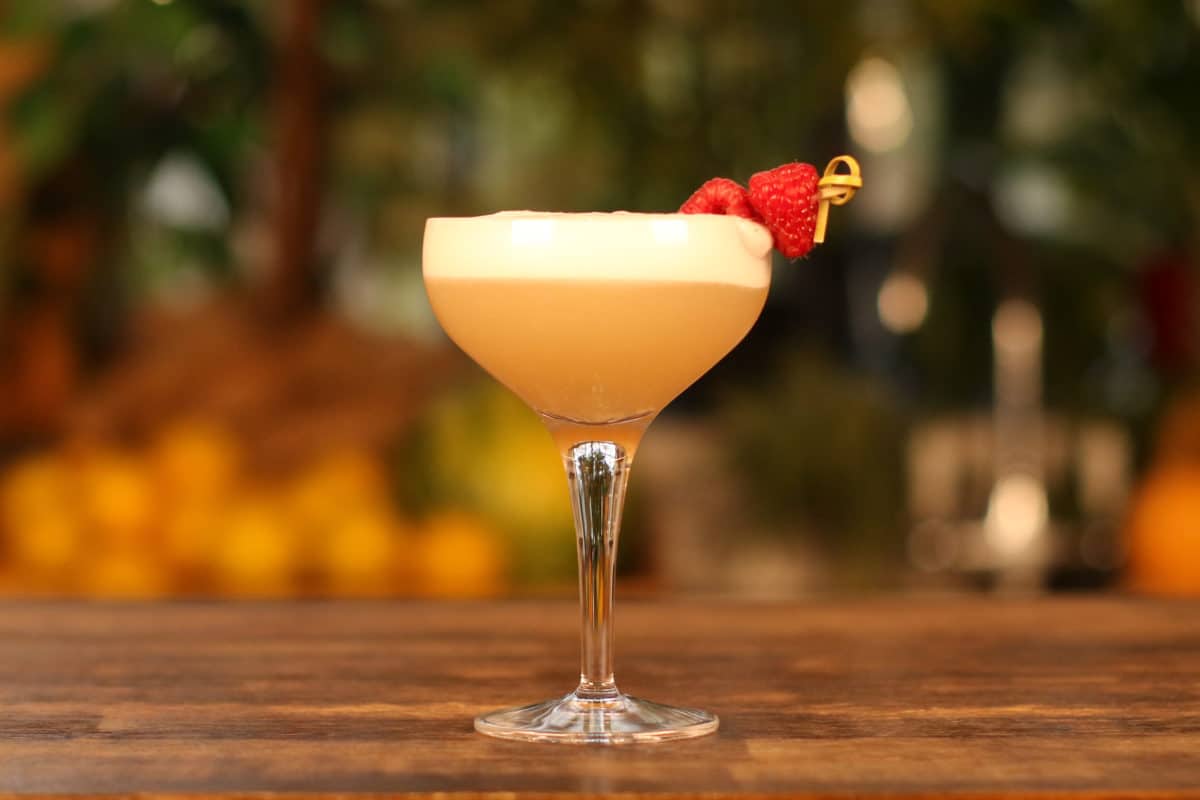 A classic riff on the Gin Sour, the Clover Club is a deliciously balanced mixture of dry gin, tart lemon juice and sweet raspberry syrup, elevated to new textural heights by the cloud-like addition of egg-white. This drink may look like candy floss but it has a complex and moreish flavour that makes it a great addition to any menu.

A Clover Club is a classic cocktail with origins dating as far back as the late 19th century.

This drink is a sublime mixture of gin, lemon, raspberry syrup and egg whites that makes for a sweet and creamy raspberry flavoured cocktail. If you’re planning a bar hire and want to feature great classic cocktails or gin drinks, the Clover Club could be a fantastic addition to your menu.

The Clover Club is a member of the sour family, but this drink leans far more on the side of sweetness than tartness, the pale pink liquid, delicate white foam head and raspberry garnish make this drink almost as nice to look at as it is to drink.

For those hoping to serve an egg-free version of this cocktail there is always the option to use aquafaba, this starchy water has the same thickening properties as egg white and is completely egg-free and vegan.

The Clover club would go well alongside other classic gin cocktails such as the White Lady, a similar cocktail which omits the raspberry in favour of orange flavoured triple sec.

It’s the 21st century and drinks certainly aren’t gender-exclusive, but for some, the connotations of drinking a pink cocktail in a coupette may still put them off, if you’re looking to serve some more robust gin drinks alongside this delicate cocktail a great choice would be the Negroni: This popular cocktail features a mixture of gin, Campari and sweet vermouth stirred lightly and served over ice, this all-alcohol cocktail is packed with bitter herbal flavours and is a great alternative to the dainty Clover Club.

If you’re interested in including the Clover Club in your cocktail menu and want to know more about what drinks might go well alongside it, be sure to speak to your event organiser about your options or check out some other gin based, classic and sour style cocktails from our list.

The Clover Club is a pre-prohibition cocktail that’s up there with the best.

It is now made around the world and is a popular drink among bartenders. The original formula called for gin, dry vermouth, raspberry syrup, lemon juice and egg whites, most modern day-recipes will omit the dry vermouth but when it is added it provides a subtle complexity and enriches the flavour of the cocktail.

No one knows who invented the clover club or when, but it originates from the men’s club of the same name that met at the Bellevue-Stratford Hotel in Philadelphia, between the 1880’s and the 1920’s.

A recipe for the Clover Club was written in the New York Press in 1901. Fuelled by the notion that raspberry is a feminine flavour, Esquire magazine ran an article in 1934 calling the Clover Club a drink for ‘pansies’, it is thought that this is when the drink began to fall out of favour with male consumers.

Punch.com discusses the rise and fall of the clover club:

“The Bellevue-Stratford in Philadelphia was the fashionable, see-and-be-seen hotel of the late 1800s. Like the Friars’ Club or the Algonquin Round Table of its era, the establishment hosted The Clover Club, an all-male salon of lawyers and writers—including the likes of William Butler Yeats—until World War I. The cocktail didn’t appear until later in the Club’s history and eventually fell out of fashion, most likely due to the use of egg white and feminine associations with raspberry.”

A good classic gin is called for here, something like Plymouth or Beefeater 24.