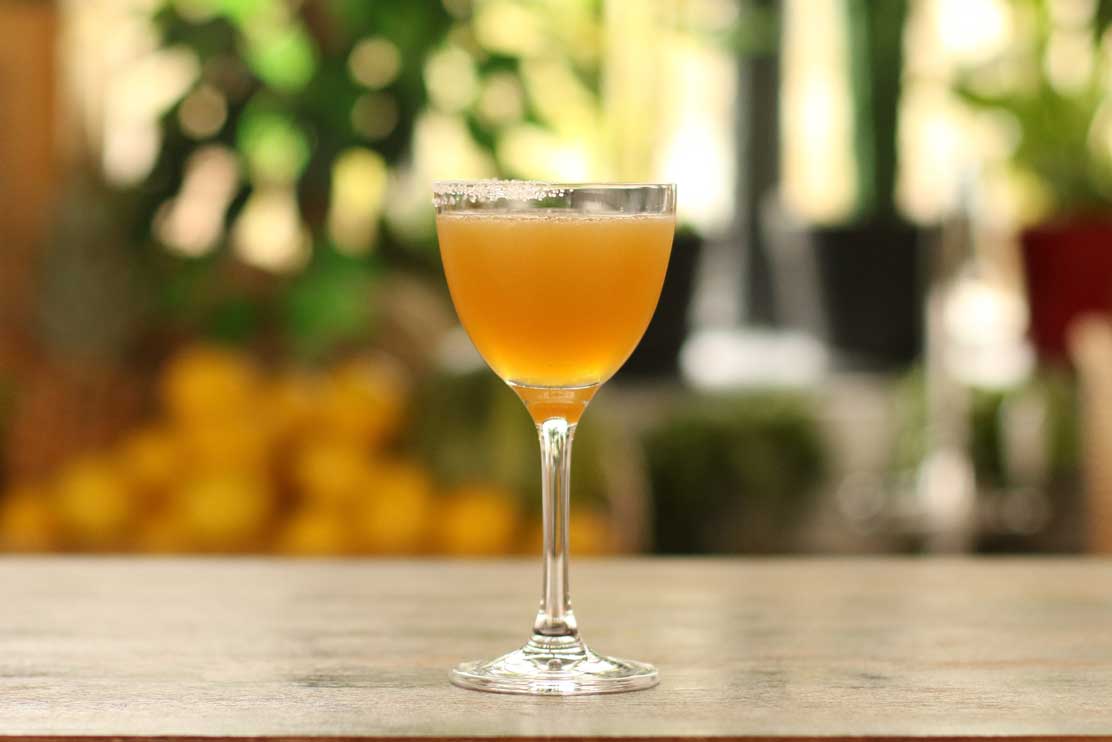 This French creation is a solid favourite among bartenders and serious drinkers, but the Sidecar is a drink that is a little overlooked by general punters.

Take your Boston glass or small tin and, using your jigger to measure, add the brandy and triple sec to the shaker.

Using your Mexican elbow and a jigger to measure, squeeze 25ml of lemon juice and add it to the shaker.

Use a lemon wedge to coat the rim of the glass, and dip the wet rim in demerara sugar or carefully sprinkle it over to give the glass a sugar rim.

Using your Hawthorne strainer and your fine strainer, double strain your cocktail into your chilled, rimmed martini glass or coupette.

Garnish with a lemon twist.

Whilst the name of the bartender isn’t given it’s thought that it was created at Harry’s New York bar in Paris. The Sidecar then later crossed over The Channel and was introduced to London by Pat MacGarry at London’s Bucks Club. Dale DeGroff has a different perspective on how the Sidecar was named:

Others claim it could have been invented in New Orleans, making it one of the better cocktails to appear out of prohibition.

Learn to make this classic cocktail during one of our award-winning cocktail making masterclasses, with prices starting from £70 per head.