Arran 10 Year Old Whisky is a unique and elegant 10 year old malt whisky from the Isle of Arran.

A well balanced 10 year old whisky from the young and independent Isle of Arran Distillery. The Arran 10 perfectly captures the quintessential notes of the sea found in island Scotch whiskies, combining it with tropical fruit notes and spicy, warming vanillas. Resulting in an easy-drinking, elegant non-peated Scotch whisky.

An out of the box choice for the whisky collector in your life, or a great starting point for someone new to the category. The Arran 10 Year Old is unpeated and non-chill filtered, making it very approachable and full of flavour. In terms of value, you are going to be hard pressed to find something with an age statement with this much character.

Scotch whisky is a very broad category consisting of various styles, regions and production methods. It is unclear whether Ireland or Scotland was the first to produce whisky but it is likely that the practice became common in both countries concurrently. It is commonly thought that the knowledge of distillation was brought to Scotland (and Ireland) by monks returning from the Mediterranean and the Middle East in around 1000AD.

Appearance: Honey gold.
Nose: Pineapple and bright lemon, followed by vanilla shortbread.
Taste: Cinnamon spice leading to salted caramel and toffee.
Finish: Warming with orange zest and a hint of brine.
Overall: A 10-year-old whisky full of character. Vanilla, salted caramel and toffee notes are brightened and complemented by an array of fruit and spice. Aided by the proof, the finish lingers so there’s no reason to rush this dram.

Where and by whom is it distilled?
At the Isle of Arran Distillery is in Lochranza, Scotland. The only distillery on the isle of Arran.

Any other recommendations?
If the person you’re buying for is a fan of the Arran 10 Year Old, you could also try Auchentoshan 12 Year Old, Maker’s Mark Bourbon or Balvenie Double Wood. 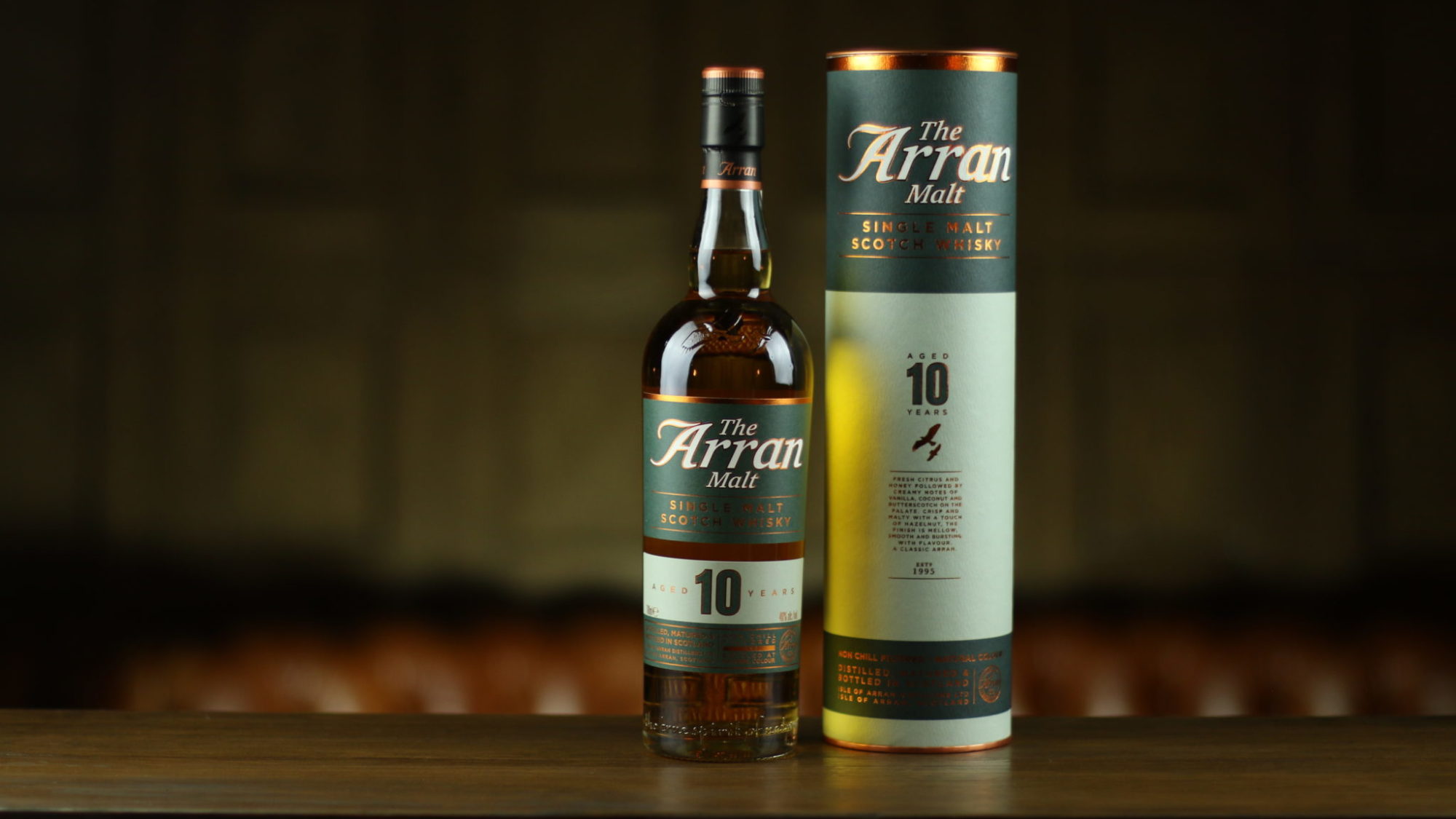 If you want to buy a bottle of Arran 10 Year, our flagship venue TT Liquor has it available online and in-store. TT also runs a magazine packed with great brand interviews. 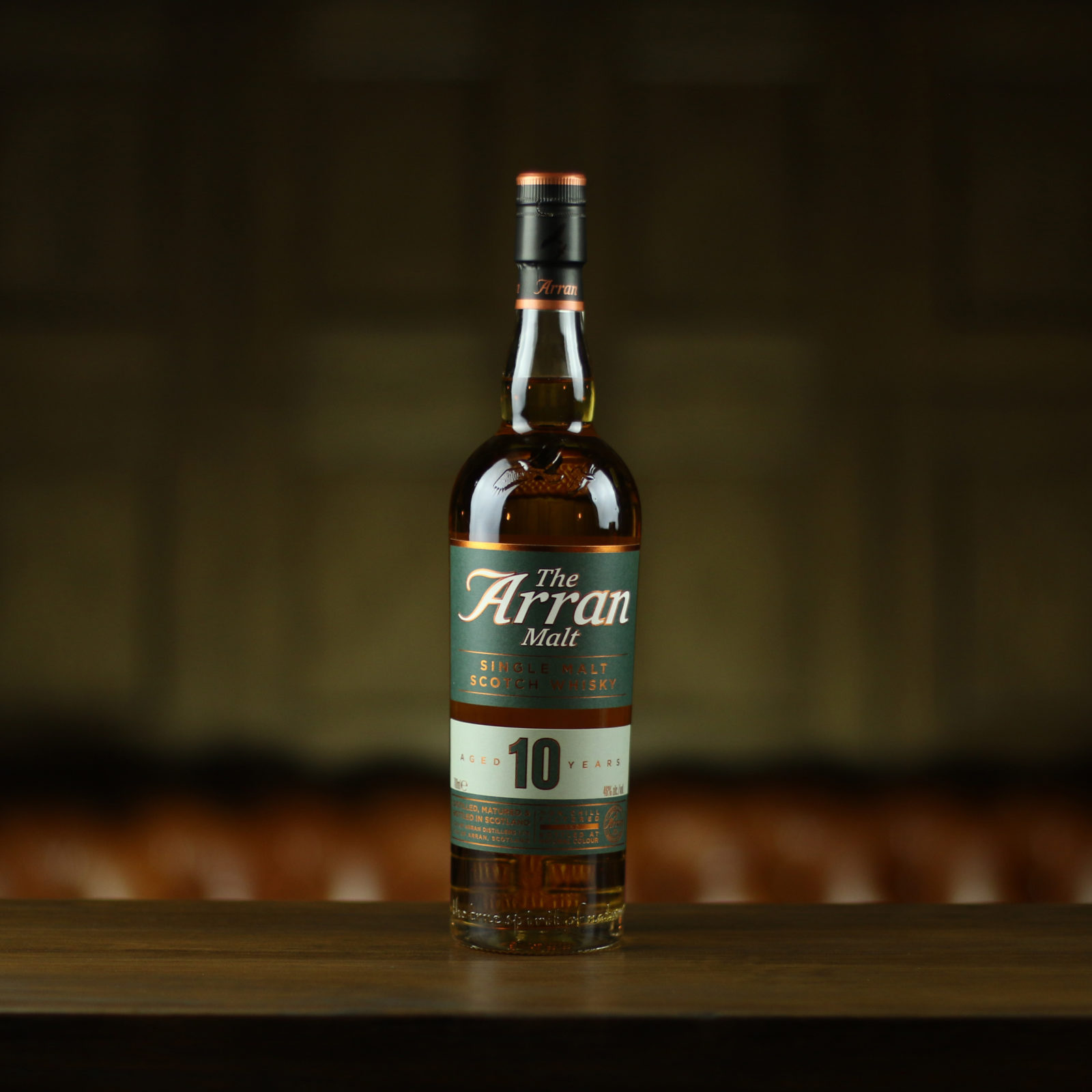