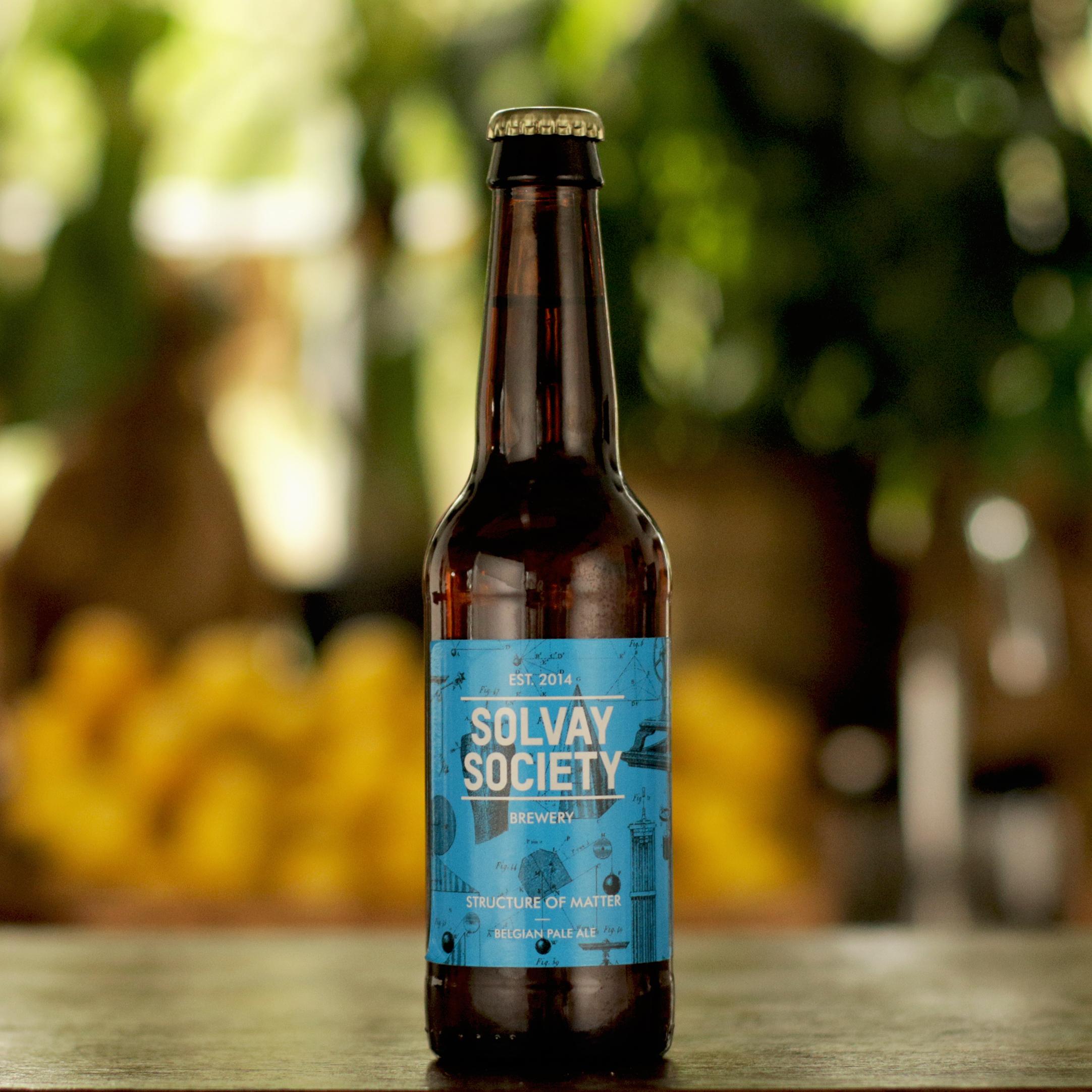 This Belgian style pale ale combines drinkability and flavour to create a beer that can satisfy those with a preference for light lagers and pale ales as well as fans of Belgian beers with rich, complex flavour profiles.

In Solvay’s own uniquely scientific style, they describe Structure of Matter as follows:

“Fine bubbles enhance mouthfeel, making it smooth and quaffable at 5%. A beer that balances drinkability with complex notes is as fundamental as the way sub-atomic particles are arranged to form matter.”

This full-bodied pale ale uses a blend of European and Australian hops which give it subtle notes of strawberry and apricot finished with a toasted malty flavour. Structure of matter is deeply flavourful without being overly bitter making it a great beer for sipping in the summer.

Structure of Matter is available through our mobile craft beer truck hire service in 330ml bottles. Bottles come in cases of 24 and you can order as many or as few cases as you’d like.

If you’re thinking of stocking Structure of Matter at your bar hire and want to see what other beers could feature alongside it, or if you want to know more about how much to order, be sure to speak to your event organiser or check out some other amber ales and year round beers from our list.

Solvay Society is a Belgian-born, London-based brewery. Seeking to bridge the gap between the UK and the continent, they create modern beers abstracted from classic Belgian styles. They are currently the only London brewery dedicated to creating Belgian style beers. They brew a diverse range of beers from Belgian IPAs to Tripels to hoppy Witbiers.

Solvay society was founded by Belgian born, Roman Hochuli who holds a PhD in physics. He began the brewery in the basement of Islington’s Hops and Glory pub in 2014 before moving to their current headquarters on Aldborough Hill Farm in Newbury Park. In 2017, Hochuli was joined by head of sales, Sara Asted Abadi who has helped to grow the business exponentially, with the brewery opening their own taproom in Leyton in 2019.

Thankfully, Newbury Park is still within the M25, allowing Solvay Society to be a part of the exclusive London Brewers Association and they are currently the only members focused solely on producing Belgian style beers.

Solvay’s full range of beers are available in bottles and many of their core range are also available on draft, order any of their products for our craft beer truck hire service.