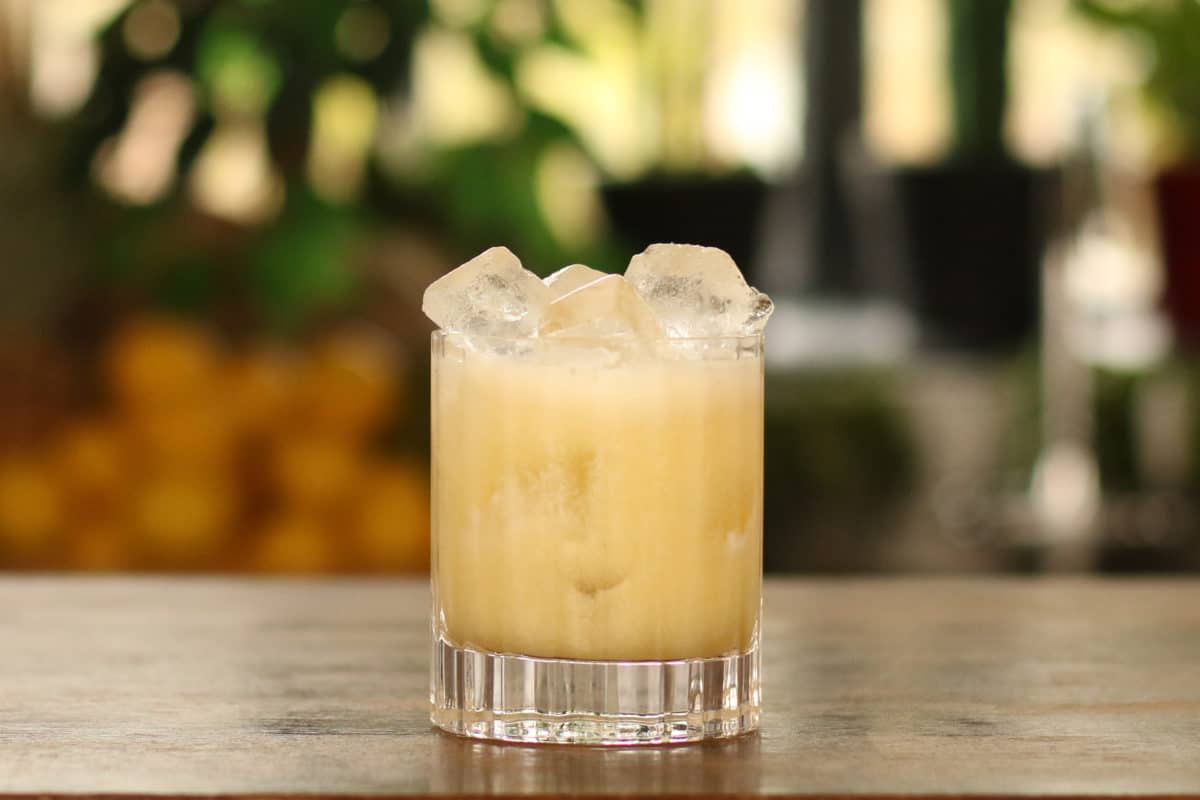 This tiki-styled, original cocktail is a house creation and a homage to the classic fruity concoctions of Trader Vic and Don The Beachcomber. The Soggy Sailor is similar in make-up to a Bahama Mama, but without the coffee liqueur, a sumptuous mixture of dark and white rum, orange juice, pineapple juice and coconut cream, perfect for a summertime bar hire.

Like so many tiki drinks, the Soggy Sailor is a tall, rum-based, fruit-flavoured cocktail. Brightly coloured and exotically styled, this drink fits perfectly into a tiki-styled menu.

The Soggy Sailor is a deliciously fruity and sweet tiki drink and, like many of its compatriots, it hides a healthy kick of rum under its unassuming taste. Tiki drinks do tend to be fairly strong, and the Soggy Sailor leans on the lighter side of boozy compared to many of its cousins so it could be a good choice to even out a menu filled with strong, heady cocktails.

Some other tiki classics that might accompany the Soggy Sailor well include the Bikini Martini, – an interesting, Martini-style tiki drink featuring cachaca and limoncello – or the Zombie: the ultimate tiki cocktail, packed with rums, fruit juices and garnished with a flaming lime-half full of overproof rum.

If you’re planning a tiki menu its always a good idea to serve the cocktail that started them all, the Daiquiri. Whilst its elegant simplicity and longstanding popularity make it more of a classic than a tiki drink, this balanced mixture of white rum, lime juice and sugar is the basis for most tiki cocktails, and a dry sophisticated favourite to serve alongside all the long, funky fruit-based drinks.

Tiki drinks are fairly strong, so if you’re planning a tiki based menu it could be an idea to include some beers or even some alcohol-free cocktails as a light alternatives. Because of their fruity ingredients, tiki drinks lend themselves well to being converted into mocktails, so let your event organiser know if you want to serve some non-alcoholic options

If you’re planning on featuring the Soggy Sailor on your menu and want to know more about what drinks might be good to serve alongside it, be sure to speak to your event organiser about your options, or check out some other rum based, fruity and tiki-style drinks from our list.

The Soggy Sailor is a drink whipped up by our head bartender, Jake Rogers, to help fill out a summery tiki menu. This cocktail has all the classic tiki flavours without as much of a heavy booze-kick as many of its cousins.  With such simple ingredients and method, the Soggy Sailor is great drink to recreate at home too.

Rum’s association with sailors and seafarers is a strong and historic connection, rum has been produced in the Caribbean and South and Central America, since their colonisation by Europeans in the 16th and 17th centuries. French, English and Spanish settlers, already familiar with distillations processes, began using the region’s abundant crop of sugar-cane to produce spirits and various styles of rum were born through the new world.

Soon after the initial colonisation of the Americas, the British Navy began to issue their sailors a ration of rum, sailors needed liquid to live and booze to help keep up morale and voyages that would sometimes last months. Initially they were given a ration of beer but the low alcohol content meant it would rot long before the mission’s end. Due to its considerably higher alcohol-content, rum could be stored aboard a ship for months without it turning.

Navy rum is now a recognised style of rum alongside the various types produced throughout the Caribbean and America, but rather than be one specific style of rum, navy rum is a blend, originally made of rums from every rum-producing colony within the British empire, and in fact, blending of rums predates the blending of Scotch whisky by nearly 200 years.

There is a wealth of interesting information on rums, tiki drinks and the spirit’s naval history on drinks blog and all round cornucopia of cocktail curiosity, The Atomic Grog. Writer, Hurricane Hayward, details it’s long and surprising history in an article entitled ‘Rum and The British Navy: Where Men Were Men and Sailors Drank Daiquiris.’

Rum is a very forgiving spirit, because if its rich sugary nature it mixes well with other ingredients and any harsh or alcoholic notes are quickly masked by fruity accompaniments. As with most cocktails that include a lot of juices and other ingredients, premium spirits aren’t essential.

That being said, it is worth choosing a fairly good quality rum to give your drink the smooth moreish flavour you’re looking for. The Soggy Sailor combines dark rum and white rum, for white rum we recommend a nice smooth Caribbean product like Appleton Estate and for dark rum, our favourite is Gosling’s Black Seal, a rich, molasses-forward rum from Bermuda.