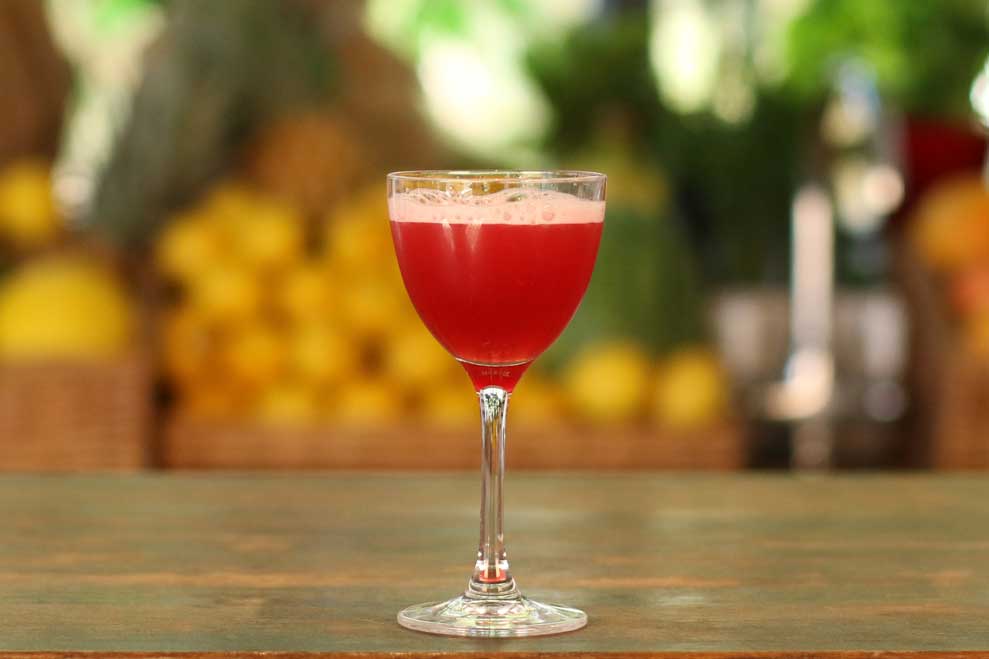 A nicely balanced tiki cocktail that is pure tiki but without all the elaborate garnishes, bells and whistles, The Sloppy Joe is a great all rounder.

Lime Wheel or Wedge for garnish

Lime Wheel or Wedge for garnish

Chill a martini glass in the freezer or fill with ice.

Take your Boston glass or small tin and, using your jigger to measure, add the rum, vermouth, triple sec and grenadine to the shaker.

Using your Mexican elbow and your jigger to measure, squeeze 25ml of lime juice and add to the shaker.

Fill the shaker with cubed ice and seal with the Boston tin or lid, before shaking vigorously for 10-15 seconds, or until your tin is very cold.

Using your Hawthorne strainer and your fine strainer, double strain the cocktail into your chilled martini glass.

Garnish with a lime wheel or wedge with a slit cut into it so that it rests on the side of the glass.

The Sloppy Joe cocktail comes from the eponymous bar, and here is what they have to say about its inception:

“The official beginning of Sloppy Joe’s Bar, the famous and infamous Key West Saloon, was December 5, 1933 – the day Prohibition was repealed. The bar was destined to go through two name changes and a sudden change of location before it would become Sloppy Joe’s, seen by millions of visitors to Florida’s southernmost outpost.”

“Key West being a bastion of free thinkers even in the thirties, Prohibution was looked on as an amusing exercise dreamed up by the government – and Joe Russell was just one of the enterprising individuals who operated illegal speakeasies. Even Ernest Hemingway, who made Key West his home at the time, slipped over to Russel’s on occasion to buy illicit bottles of Scotch, and the two struck up an enduring friendship.”

Sloppy Joe’s bar, the home of the Sloppy Joe, is a longstanding Florida institution and proudly boasts Ernest Hemingway as one of its long-term patrons. The bar went through various name changes before becoming Sloppy Joe’s with a little persuasion from Hemingway himself.

The name refers to the original Sloppy Joe’s in Havana, Cuba, where the proprietor sold drinks and iced seafood, due to the imposing Havana heat the ice would always melt causing customers to tease proprietor, Jose, that he ran a sloppy joint.