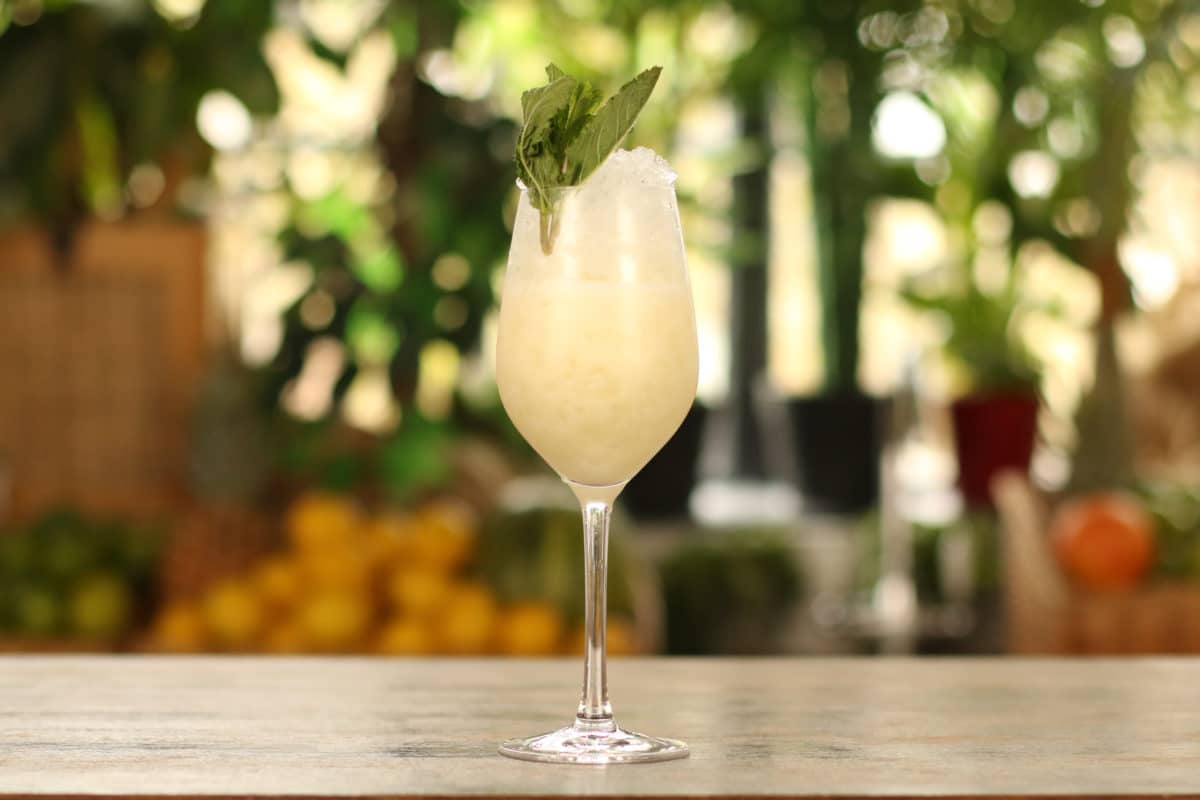 Mint-Sprig and Nutmeg to Garnish

Mint-Sprig and Nutmeg to Garnish

Take your Boston glass or small tin and, using your jigger to measure, add the rum, schnapps, orange juice, peach puree and coconut cream to the shaker.

Fill your high-ball or hurricane glass almost to the top with crushed ice and, using your Hawthorne strainer, strain your cocktail into your glass over the crushed ice.

Cap with a small pile of crushed ice, using your hand to form it into a dome.

Garnish with a fresh mint-sprig and a light grating of nutmeg.

This sweet and fruity tiki cocktail hails from the 70’s, a dark period for mixology, beleaguered by sugary concoctions and lurid, neon ingredients. Since its conception, the Peachtree Punch has been improved upon with modern techniques and ingredients to create a balanced and moreish rum drink.

This cocktail has been a staple on the menu of Trader Vic’s tiki bars the world over since its conception in the 1970’s for their Atlanta location. The drink was born out of an era where the carefully layered and complex cocktails of the early 20th century were beginning to give way to the sweet, artificially flavoured drinks synonymous with the dark period between the late 70’s and mid 90’s.

Since its creation, the quality of ingredients and mixing skills of bartenders has greatly improved but the appeal of a peach-flavoured tiki drink remains. In response, the Peachtree Punch’s recipe has been gradually adapted and improved to suit modern tastes, replacing processed juices and purees with fresh and using higher quality spirits and liqueurs.

This drink’s creation coincided with the rise of ‘schnapps’ in the American market, these products were generally grain alcohol with flavourings and colourings added to them similar to liqueurs. These are not to be confused with the Scandinavian ‘schnapps’ which are strong herbaceous alcohols distilled with various botanicals like caraway, cinnamon, dill and coriander.