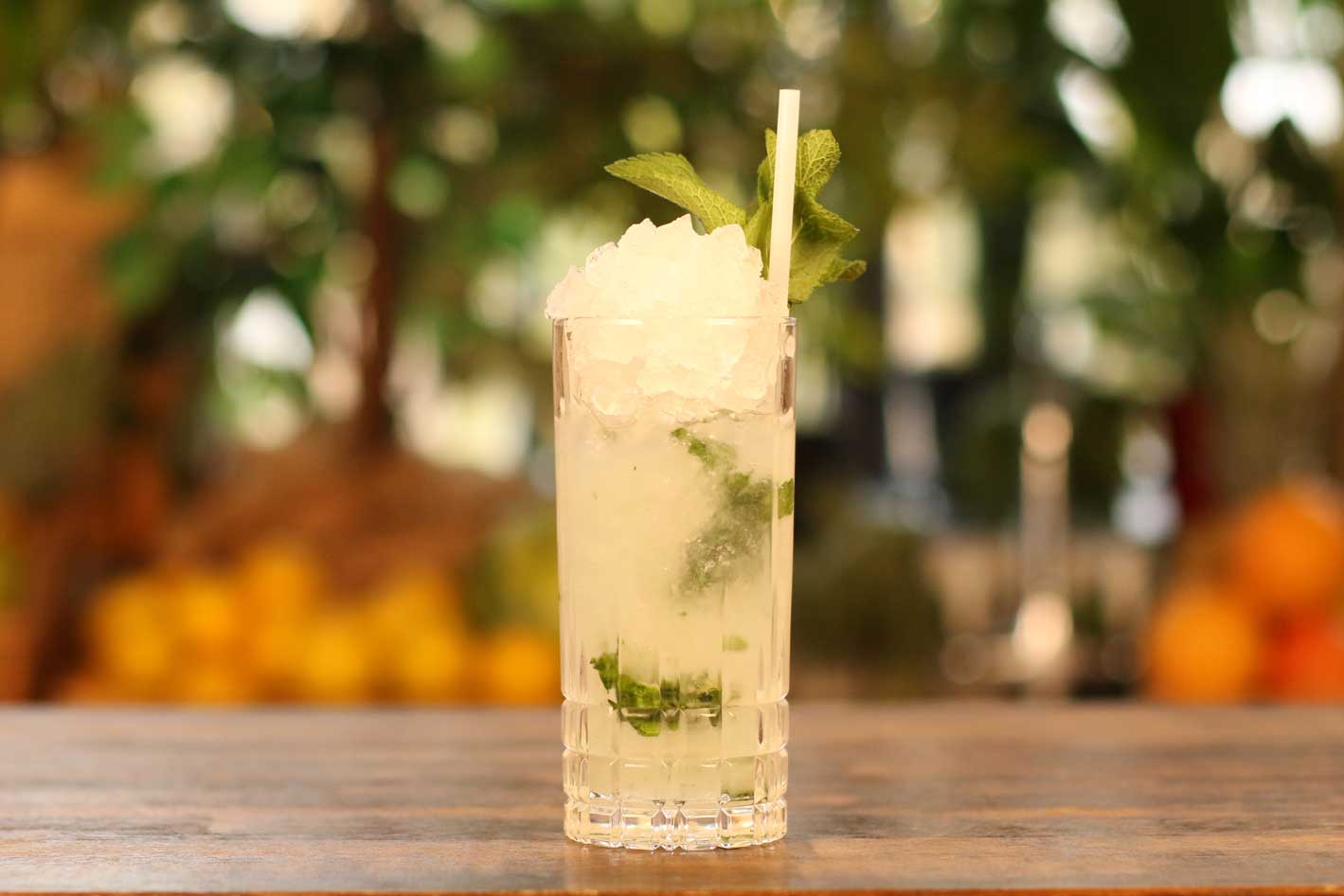 The classic rum smash and everyone’s favourite minty cocktail, the Mojito is made from fresh mint, muddled limes, sugar syrup and white rum, which is combined and mixed using crushed ice to form a long, refreshing, summery cocktail.

If using lime wedges: add the wedges to the glass and muddle using your muddler.

If using lime juice: using your Mexican elbow and your jigger to measure, squeeze 25ml of lime juice and add it to the glass.

Strip 8-10 mint leaves from their stems and give them a clap between the palms of your hands before adding them to the glass.

Using your jigger to measure, add the rum and sugar syrup to the glass before filling with crushed ice.

Using your bar spoon, gently churn the cocktail, making sure to scoop all the ingredients from the bottom of the glass, until they are combined and the ice is incorporated.

Top the drink with a pile of crushed ice and use your hand to form it into a dome. Garnish with a mint sprig and a lime wedge.

The Mojito is rooted in Cuba when rum was a rough, often barely drinkable spirit.

All the ingredients that appear in the Mojito are readily available in Cuba, so it’s not hard to see how these would have been mixed to make the rum more palatable.

Another story goes that some of Francis Drake’s sailors were unwell with dysentery and scurvy.

A group was sent ashore to seek a cure from local natives. They bought back a mixture of rum, mint, sugarcane juice and lime juice, and the concotion was thus coined ‘El Draque’, in honour of their esteemed captain. This account is widely disputed but, if true, tt was certainly the lime juice that cured the illness – but no doubt the mix made everything more enjoyable.

The Mojito can most likely be traced back to Francis Drake. During his time in Cuba a drink was created called the Draque. A mix of Aguardiente, a rudimentary spirit very similar to rum, sugar, lime and mint, it was widely drunk in the 1500s for its medicinal value.

Lime juice was used to fight scurvy, whilst the healing properties of rum are still up for debate. Eventually the aguardiente was replaced by rum and ice was added as it became more available with technological advances.