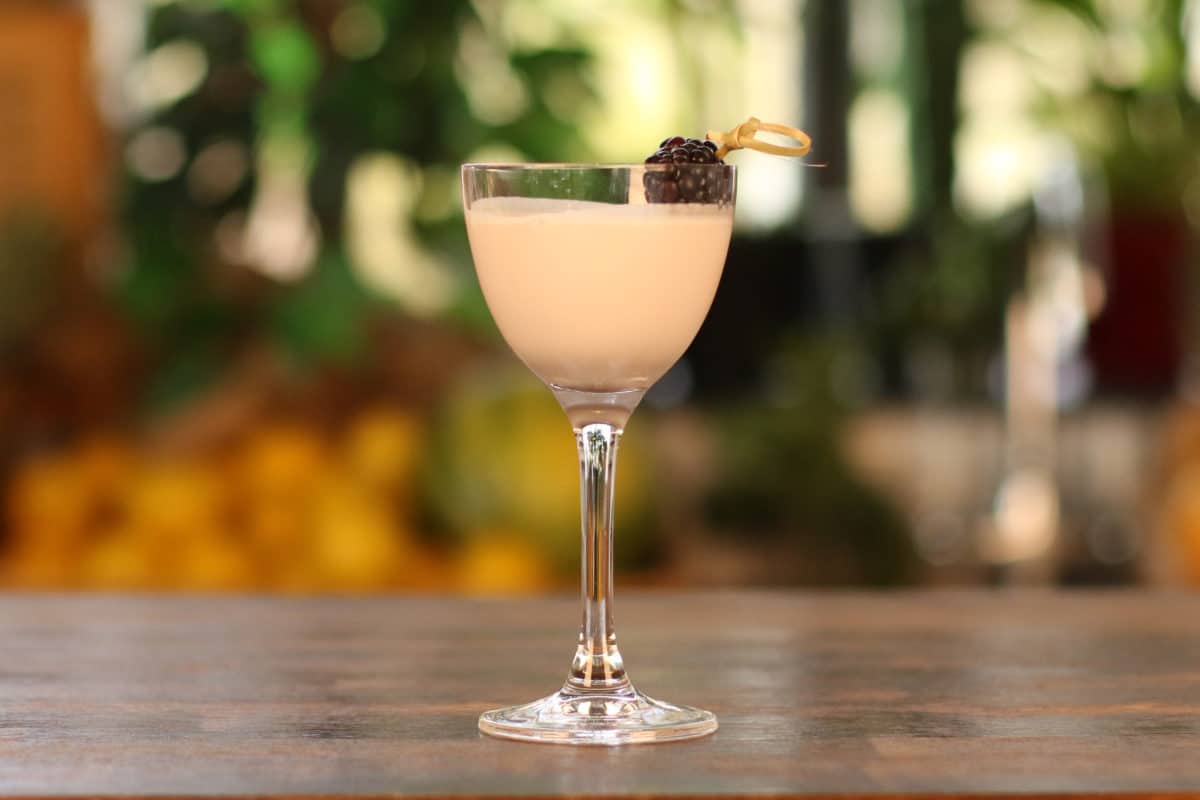 Take your Boston tin or mixing glass and, using your jigger to measure, add the Chambord and gin to the glass/tin.

Add 2-4 dashes of your bitters to the glass/tin and fill with cubed ice.

Holding your bar spoon between your thumb and forefingers, stir your cocktail, being careful not to break the ice.

Using your Hawthorne strainer or julep strainer, strain your cocktail into your chilled martini glass or coupette.

Garnish with an orange twist.

This cocktail is something of an mystery, whilst it seems as though it’s certainly been knocking around for a while there seems to be very little history or backstory of where and how it originated, we asked our head bartender and events manager, Jake Rogers if he knew anything more about this enigmatic gin drink.

“There’s a drink called a Fancy Gin Cocktail, which is gin, triple sec and orange bitters so it may be a twist on that.”

The Fancy Gin Cocktail is a grand old drink, dating back to at least 1862 where it appears in Jerry Thomas’ How To Mix Drinks as a tweak of a regular ‘Gin Cocktail’, with seemingly very little difference aside from a different glass and the addition of a garnish. The drink is a close relative of a Martini or a Martinez, with a ratio made up of mostly gin and a splash of triple sec in place of the usual vermouth.

With its namesake being the supposed inspiration for Chambord and a key figure in their marketing, it’s safe to assume that the Louis XIV’s creation probably had something to do with the French liqueur brand, but we can’t say for sure. One thing we do know is that whilst Chambord is named after Louis XIV’s favourite summer holiday destination and hunting lodge, the Château de Chambord, and is supposedly modelled after a liqueur he drank there, the king definitely never tried the product itself, as, despite its ornate and universally recognisable branding, Chambord was only founded in 1982.