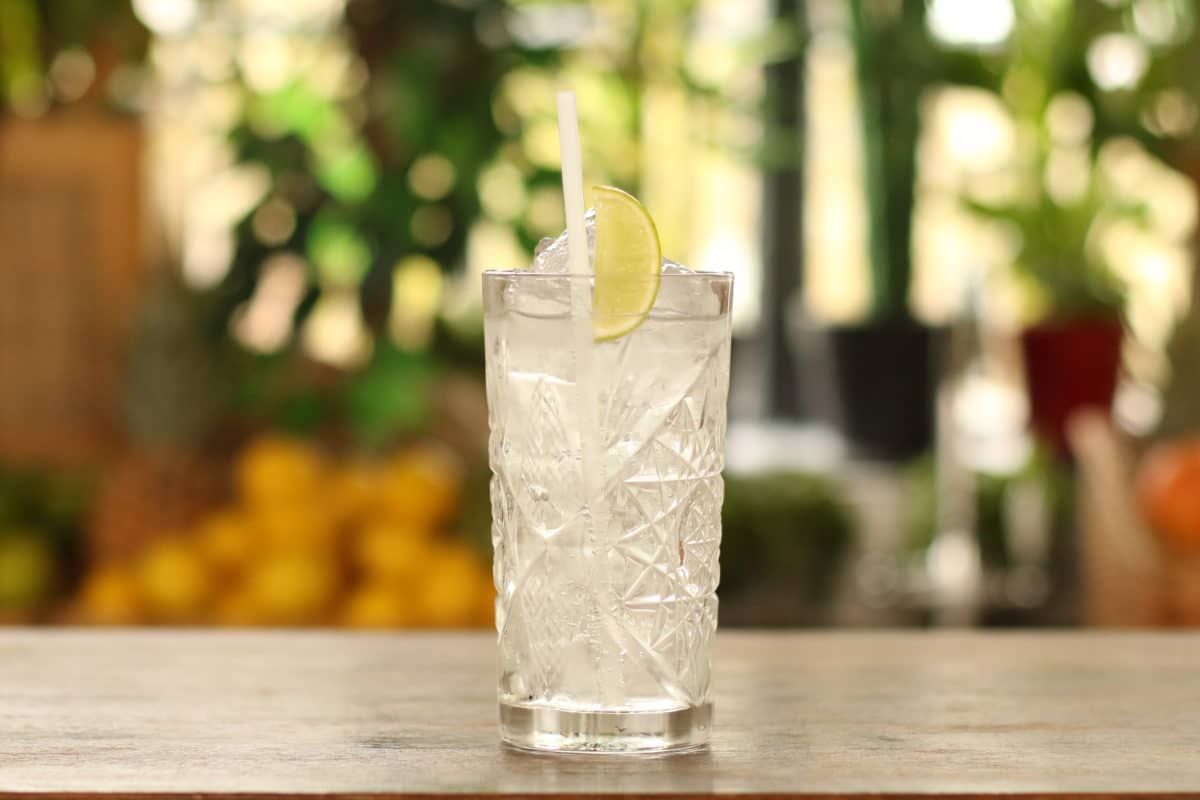 The original high-ball and the best way to enjoy a good gin, the Gin & Tonic is a firm favourite amongst drinkers everywhere.

50ml Gin of Your Choice

50ml Gin of Your Choice

Take your glass and, using your jigger to measure, add the gin to the glass.

Fill your glass with cubed ice and top the glass with a tonic water of your choosing.

Garnish with a garnish of your choice, lemon or lime works great, or you can experiment and match the botanicals in your gin. Anything from citrus peel to peppercorns, from juniper berries to fresh herbs, can be used to garnish your drink and elevate the flavour of your cocktail.

The Gin & Tonic owes its existence, controversially, to colonialism, and the activities of the East India Trading Company.

In the 1700’s quinine, the bitter ingredient in tonic, was well-known as a malaria preventative. Soldiers who were given the medicine didn’t like the bitter taste, and so mixed it with their gin ration and a bit of sugar to sweeten it. In the present day, researchers have quite hilariously proven that the amount of quinine you’d need to consume in the form of tonic to be an effective malaria treatment is far more than you’d ever be able to drink. Far more.

Some estimate that you’d need to drink 67 LITRES of Gin & Tonic a day to receive one mildly effective dose of malaria treatment. In doses this large, quinine has an alarming list of side-effects so this is inadvisable to try at home in a number of ways. However, it’s also worth saying that tonic today contains far less quinine than it used to, with some tonics not containing any at all and those that do, containing only just enough to give the drink its distinct bitter taste, so don’t be put off.

The history of gin is recorded well as it caused a lot of issues in London. In the early 1700’s gin was responsible for a huge amount of social discord in the capital. 7000 gin shops, not counting the illegal ones, sold over 10 million gallons of the spirit. Poverty was widespread and gin provided a respite from the day to day hardship of London’s poorest people. During the period doctors estimated that the spirit caused an 8th of all deaths among adults.