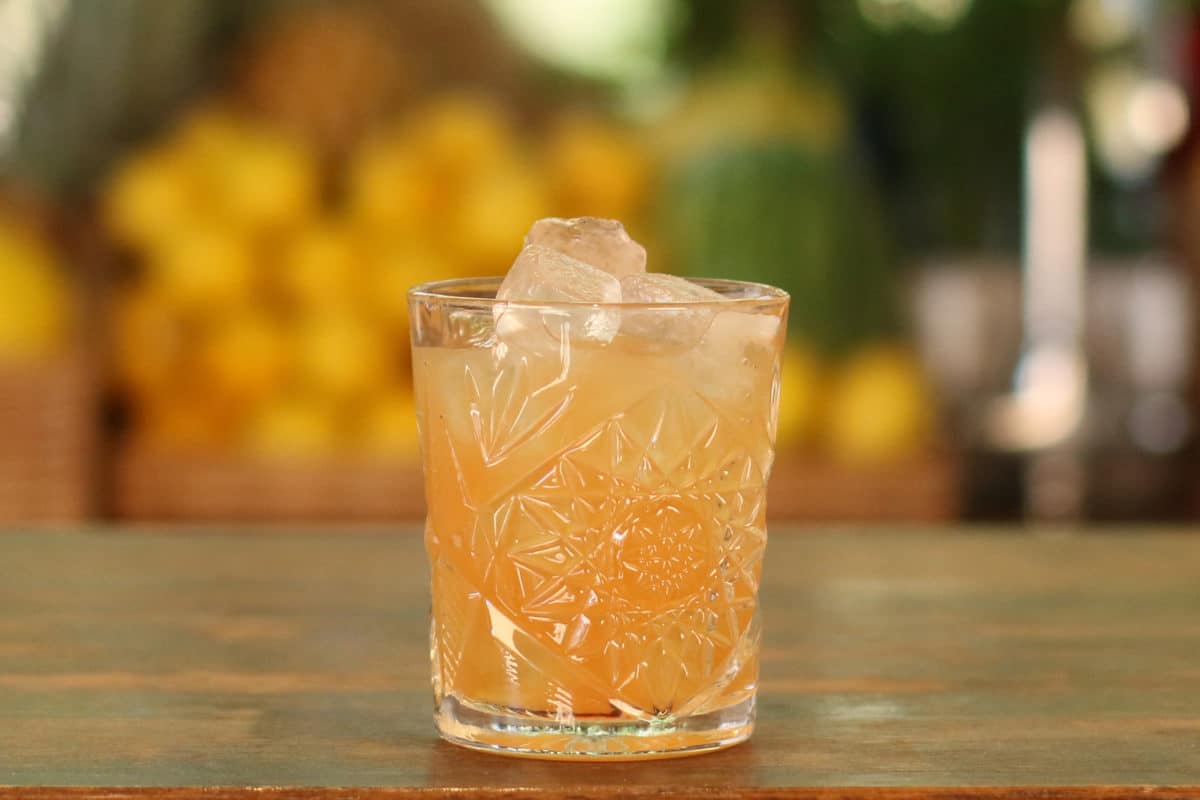 The Buena Vida is a modern classic, combining the sharp sweetness of blanco tequila with the tropical fruity flavours of pineapple and grapefruit.

Take your Boston glass or small tin and, using your jigger to measure, add the tequila, pineapple juice, grapefruit juice and syrup to the shaker.

Garnish with a pineapple wedge and mint sprig.

Add 2-3 dashes of Angostura bitters, then fill shaker with cubed ice and seal before shaking vigorously for 10-15 seconds or until your tin is very cold.

Fill your rocks glass with fresh cubed ice. Using your Hawthorne strainer, strain your cocktail into the rocks glass

There’s not much of a story surrounding this recent addition to the cocktail canon. The Buena Vida appears in Difford’s Guide where it’s listed as being, “adapted from a drink created in 2011 by Lee Clinton.” Nothing else is said on the mysterious Mr. Clinton, or his clandestine cocktail which may or may not have been called a Buena Vida.

It seems then, that this drink was created by the man himself, Simon Difford, though certainly with at least a little help. The drink most closely resembles a marriage between two well known tequila classics; the Paloma and the Matador, a Paloma being a sort of grapefruit margarita and the matador being it’s pineapple equivalent. The combination of these two fruity concoctions creates a drink that has both the tropical flavour of a tiki cocktail and the sharp tanginess of a tequila drink.

With its sparse and uneventful history, there isn’t much intrigue surrounding the Buena Vida, but its base liquor, tequila, has been the subject of many myths and misconceptions. Tequila has an Appellation of Origin which means it must come from one of a group of specific areas in Mexico for it to be called tequila. This, coupled with the fact that agave plants take at least 12 years to mature, gave rise to the popularity of ‘mixto’ tequilas. By combining their 100% agave tequila with cheaper spirits distilled from sugar or grain, producers were able to sell higher volumes at a cheaper price. When buying tequila always look for a note on the label which says ‘100% blue agave’ or 100% de agave’, if you stick to this rule you’ll always end up with a smooth and authentic tasting tequila.

With its sparse and uneventful history, there isn’t much intrigue surrounding the Buena Vida, but its base liquor, tequila, has been the subject of many myths and misconceptions.