We love doing our mobile cocktail classes with a view – and what a view we had from The Broadgate Tower where we hosted law firm Reed Smith.

The cocktail making class was on the 33rd floor of the 35 storey building near Liverpool Street with breathtaking views over The City and East London. Reed Smith are a global law firm, with more than 1,700 lawyers in 27 offices across the world – their London office is in Broadgate Tower itself, which was designed by architects Skidmore Owings & Merrill who also designed the Freedom Tower on the site of the World Trade Center in New York City.

This isn’t the highest cocktail making class we’ve done though, we’ve also hosted a few up The Shard and The Heron Tower, and also in The Mayor’s Offices in City Hall by the Thames. 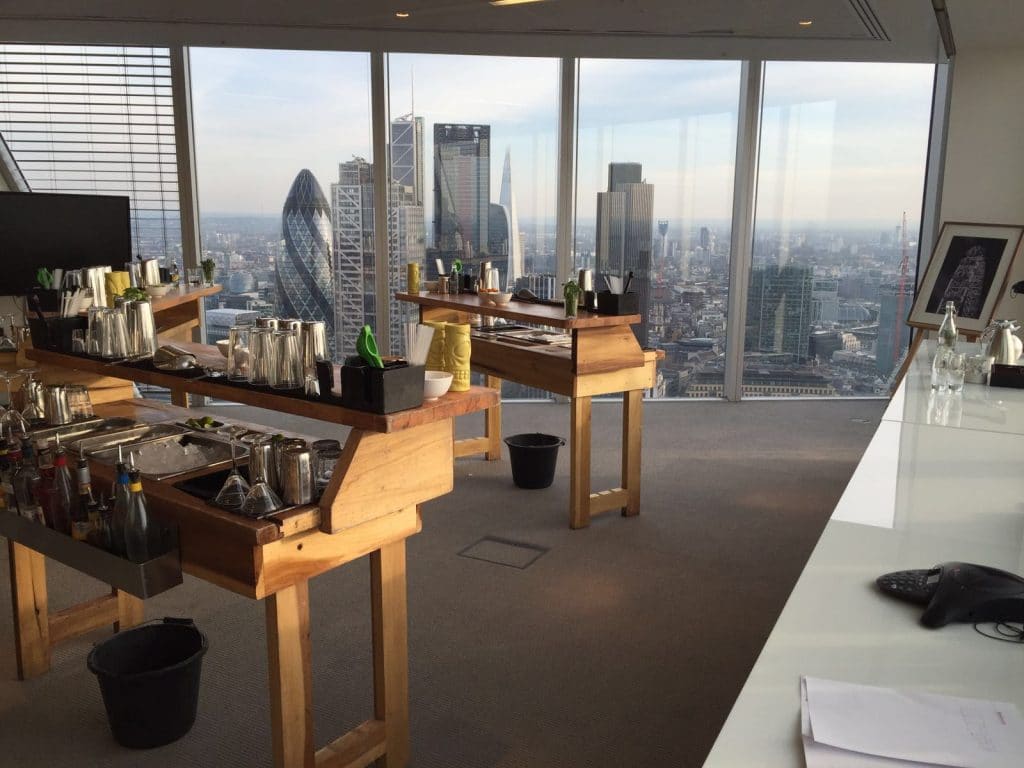 We can host our cocktail making classes at almost any place you could imagine throughout London or the UK, and are always up for new and exciting venues. If you have somewhere in mind, then get in contact with our events organisers using any of the means below: