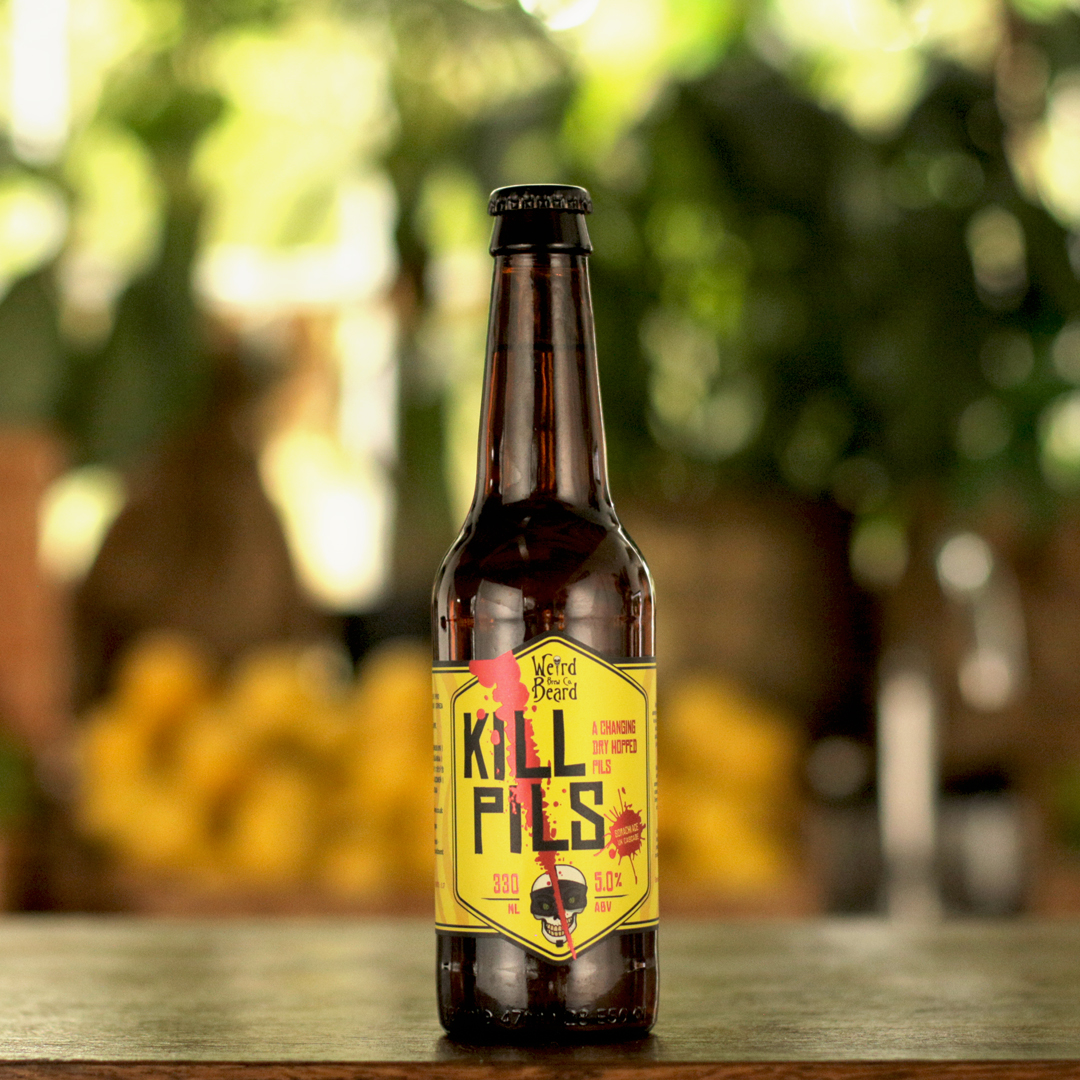 Kill Pils changes greatly with each batch, as Weird Beard dry hop with a different hop each time they brew. However, you can always expect a beer with great clarity, a more pronounced bitter hit and hop character than usual pilsners and a crisp, dry finish.

Lagers have developed something of a poor reputation among beer lovers, this is Weird Beard’s attempt at avenging that.

Each changing dry-hop profile is unrelenting in both its flavour and its aromaticity. Each hopping schedule is carefully calculated and well executed in the final beer.

Kill Pils is a masterful lager, crisp, clean and full of flavour and aroma, based on weird Beard’s hops of choice. This beer is unique in that each batch of Kill Pils differs greatly from the last thanks to each brew being dry hopped with a different hop each time. However, you can always expect a beer with great clarity, a more pronounced bitter hit and more hop character than your usual pilsner and a crisp, dry finish.

Kill Pils is available to order for our mobile craft beer truck hire service both in bottles and on draft. Bottles are 330ml and come in cases of 24, kegs are 30 litres which is around 50 pints. If you’re planning on serving Kill Pils at your event and want to know more about what beers may go well alongside it and how much to order be sure to speak to your event organiser.

Weird Beard Brew Co. are a London based craft brewery that came kicking, screaming and moshing into the beer scene in early 2013. They don’t believe in being stereotyped—they love upfront, in-your-face, hop-focused beers as well as classic styles.

Weird Beard are all about making beers that will satisfy, enthuse and be enjoyed by any and all who drink them, especially themselves. They are proudly experimental and happily non-conformist.

Weird Beard’s beers are concentrated on having no gimmicks, no crap and on never knowingly being under-hopped. They provide great, hand crafted beer, straight out of West London.

Their full-flavoured range of core and occasional beers is supplemented by a large number of specials and one-offs that allow them to push their creative boundaries. Their unique products are available in a select handful of real-ale pubs, bottle shops and bars as well as through our mobile beer truck hire service.