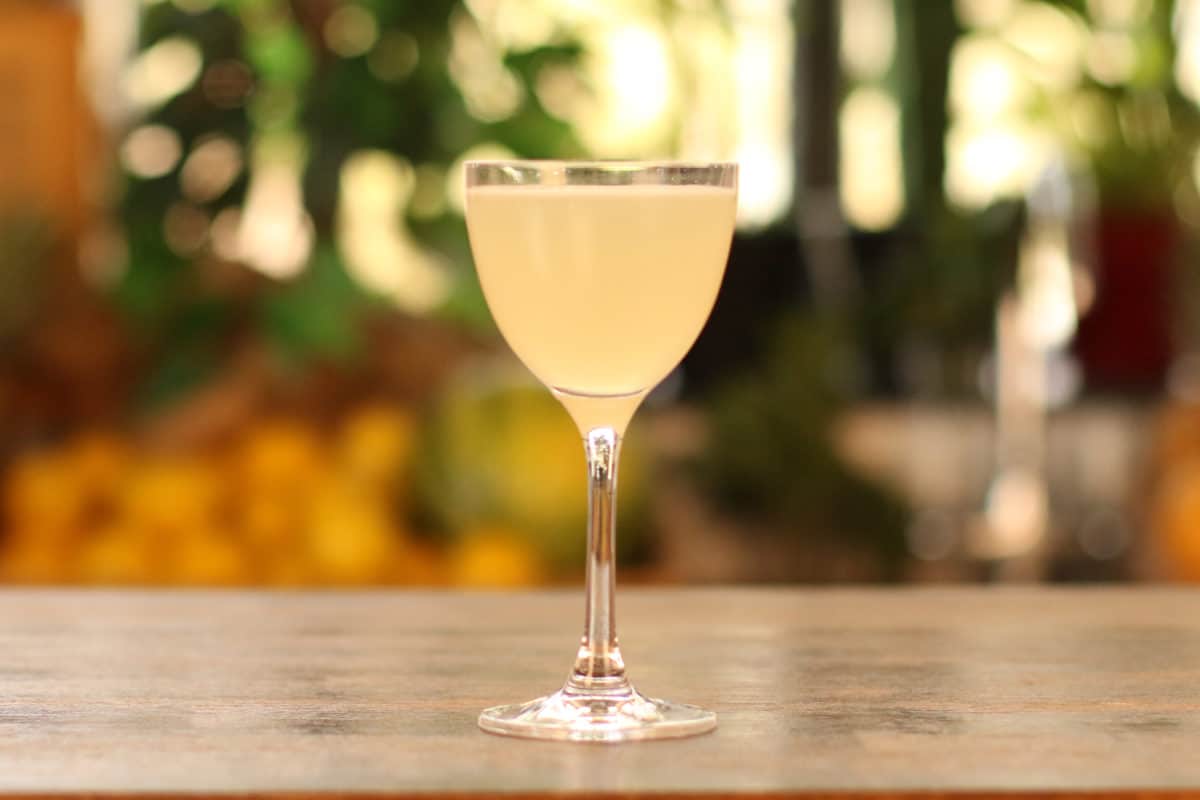 This super simple cocktail has its roots in the British navy. Scurvy, caused by a lack of vitamin C, was a real problem for the navy.

That was until a pioneering Scottish doctor by the name of Rose came up with his lime cordial, preserving the vitamins found naturally in limes for long sea voyages. Interestingly a “gimlet” is the name given to the tap that’s punched into a barrel.

* This is a spirit-forward cocktail so choose your favourite gin. You can use vodka if you prefer.

** Rose’s lime cordial is available in supermarkets and newsagents all over the country but if you don’t have any or just fancy the challenge follow our recipe for lime syrup below.

Fill a mixing jug with cubed ice. Using a jigger measure out the gin and lime cordial and add it to the jug. Squeeze one slice of fresh lime over the top.

With a bar spoon, stir the mixture for around 15 seconds.

Lay a strainer over the ice in the mixing jug and pour the cocktail into your chilled glass.

Garnish with a twist of lime or a rinsed flower from your garden.

* If you don’t have this glassware try and choose something that will fit the volume of the liquid well, preferably with a stem e.g. a small wine glass. At a push you can use pretty much anything, it’s more about the flavour than the presentation, right?


** A mixing jug in bar terms is usually a squat glass or metal jug which is primarily used for the stirring of cocktails. If you don’t have one of these at home you could use a plastic mixing jug or anything straight sided of a suitable size and shape (ideally with a pouring lip).


*** If you don’t have a jigger (fancy bar name for a liquid measure) work from the principle that a tablespoon is 15ml.


**** If you don’t have a bar spoon any long narrow object will do. Try using a chopstick or a butter knife. The objective here is to dilute and chill the cocktail without introducing air, creating a silky mouthfeel.

† The Hawthorne strainer is usually used for a “first strain” which separates the main solids from the liquid cocktail e.g. the ice. Instead of a Hawthorne strainer you can use the lid/cap of your makeshift shaker or any solid item that can sit flat on its top.

The word “gimlet” used in this sense is first attested in 1928. The most obvious derivation is from the tool for drilling small holes, a word also used figuratively to describe something as sharp or piercing. Thus, the cocktail may have been named for its “penetrating” effects on the drinker.

Another theory is that the drink was named after British Royal Navy Surgeon Rear-Admiral Sir Thomas Gimlette KCB, who allegedly introduced this drink as a means of inducing his messmates to take lime juice as an anti-scurvy medication. (Limes and other citrus fruit have been used by the Royal Navy for the prevention of scurvy since the mid-18th century.) However, neither his obituary notice in the BMJ, The Times (6 October 1943) nor his entry in Who Was Who 1941–1950 mention this association.