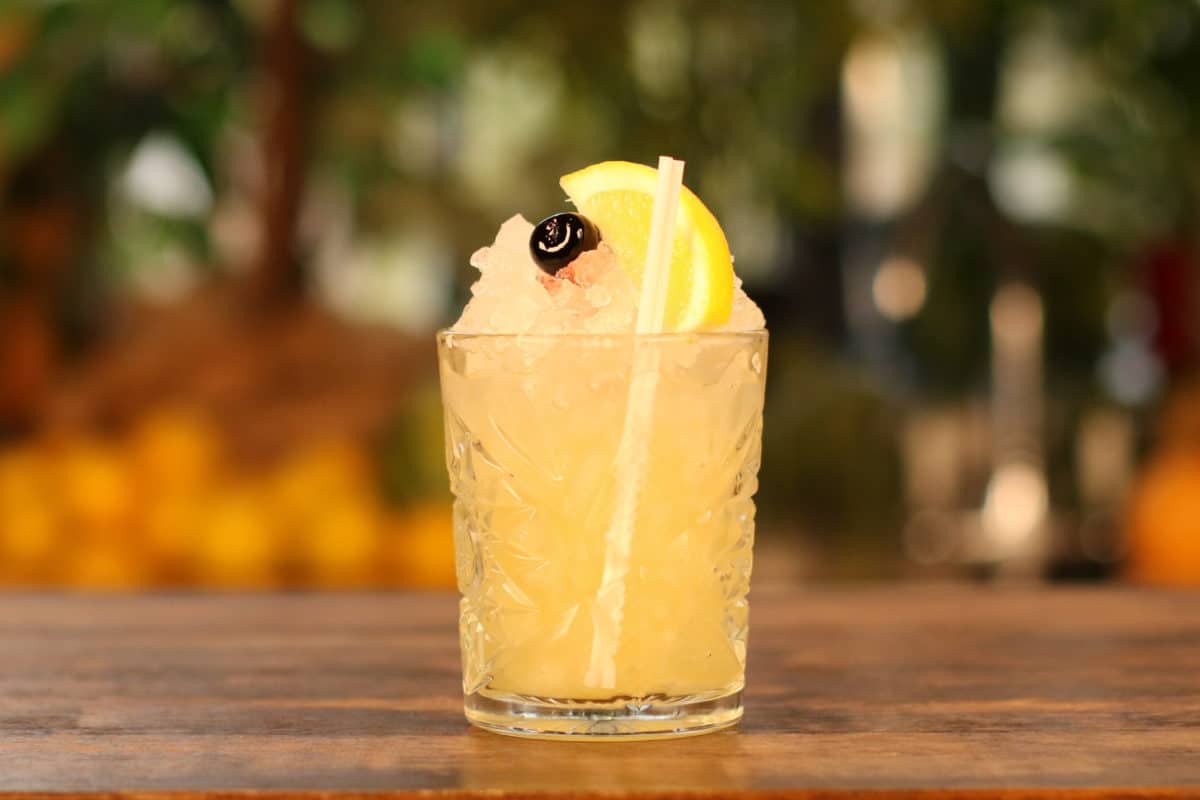 The Eastern Sour is a great all round cocktail, combining the fruity accessibility of tiki cocktails with the grown-up complexity of whiskey, this combination is a match made in heaven.

Take your Boston glass or small tin and, using your jigger to measure, add the bourbon, orange juice and orgeat to the shaker.

Add 2-3 dashes of Angostura bitters to the shaker, then fill with cubed ice and seal with the Boston tin or lid.

Shake vigorously for 10-15 seconds, or until your tin is very cold.

Fill your rocks glass with cubed ice, then use your Hawthorne strainer to strain your cocktail into the glass.

Garnish with a lemon wheel and a cocktail cherry.

This tiki spin on a whisky sour was created by tiki-titan and chief instigator of island vibes, Trader Vic himself. Legend has it, the drink was created to celebrate a new branch of Trader Vic’s, which opened in 1975 in Toronto, on the east coast of Canada—hence the name.