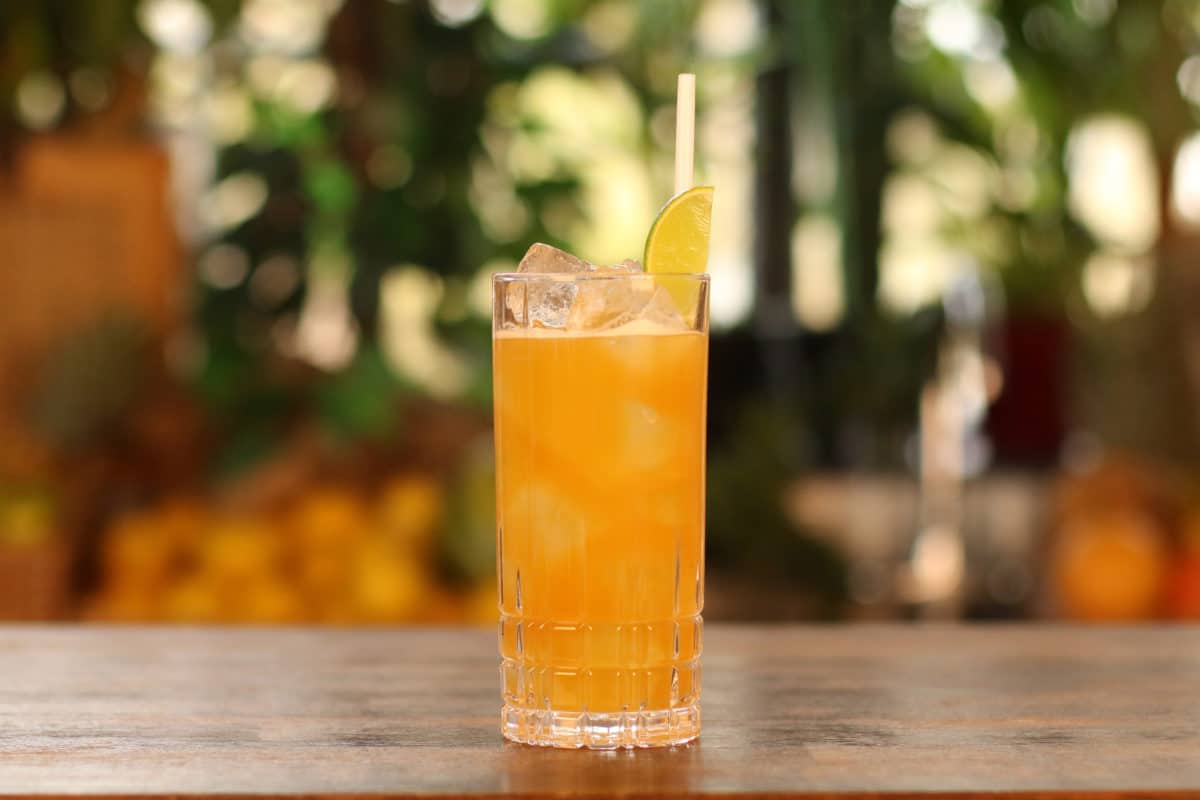 Take your high-ball glass and, using your Mexican elbow and your jigger to measure, squeeze 20ml of lime juice and add it to the glass.

Fill the glass with cubed ice and then add ginger beer, leaving about an inch of space at the top.

Using your jigger to measure, carefully pour the rum into the drink so it floats.

Add a couple of dashes of Angostura bitters and garnish with a lime wedge.

The drink apparently originated in a local ginger beer factory that was run by the Royal Naval Officer’s Club. The sailors soon discovered that a splash of Gosling’s Black Seal made a great addition to the ginger beer. The name is said to come from a sailor who saw the drink and remarked that it was the colour of a cloud only a fool or a dead man would sail under.