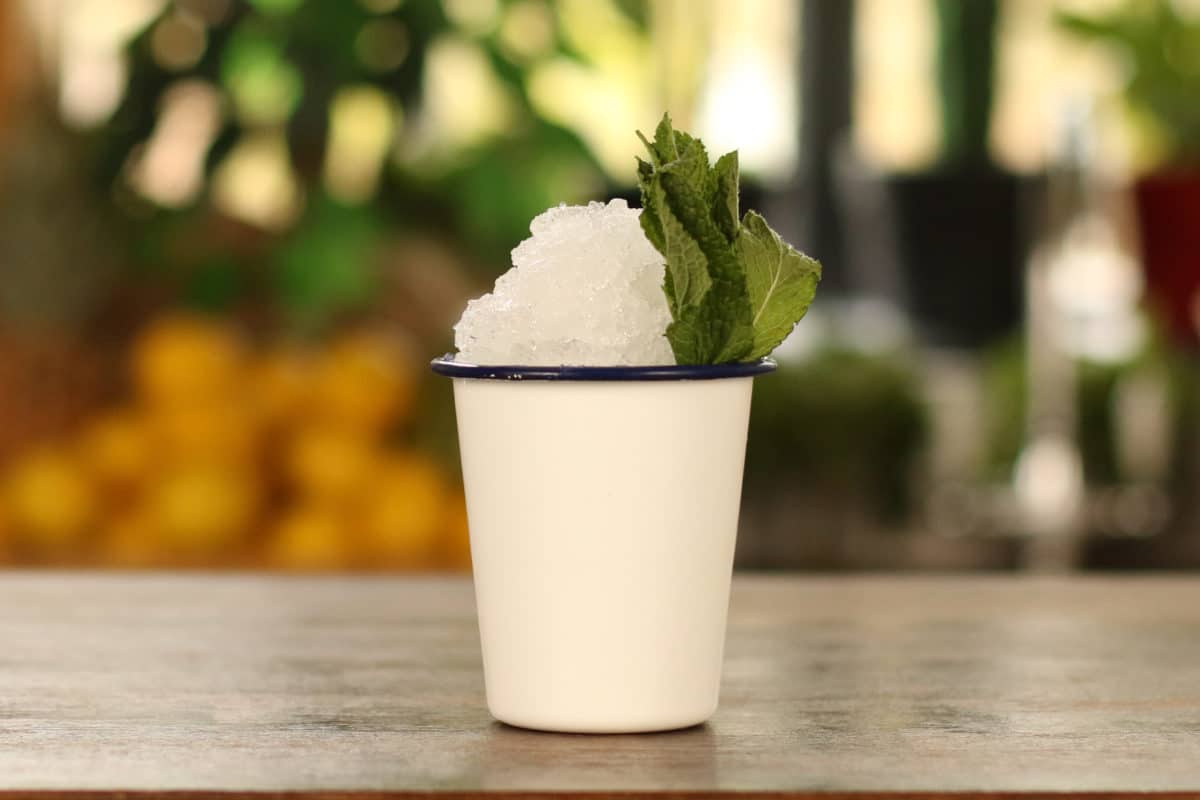 ¼ of a Lemon, Squeezed

Passion fruit half for Garnish

This twist on the classic mint julep uses Bison Grass vodka in place of the usual bourbon and adds apple juice, peach liqueur and passion fruit for a wonderfully fruity summertime smash.

¼ of a Lemon, Squeezed

Passion fruit half for Garnish

Take your julep tin and, using your jigger to measure, add the vodka, peach liqueur and vanilla syrup to the tin.

Using your hands, squeeze the juice of your lemon wedge in with the other ingredients and put the squeezed wedge in too.

Using your bar spoon, scoop in the flesh and seeds of half a passion fruit.

Fill your tin with crushed ice. Covering the top of the tin with your hand, and using your bar spoon, churn the drink, making sure to scoop everything up from the bottom, for 10-15 seconds.

Cap the drink with a pile of crushed ice, using your hand to form it into a dome.

Garnish with the other half of your passion fruit and serve with a straw.

Fold a napkin in half diagonally and wet the outer corners. Stick the wet corners to the outside of the cold tin to give your drink a little jacket.

This particular julep is a house recipe, created by our talented bar team, but the Julep is an old classic created over a hundred years ago. Jerry Thomas features five Julep recipes in the 1862 edition of his Bar-tenders Guide.

Whilst the Julep was most likely created in the southern United States sometime during the eighteenth century, its name comes from the Spanish ‘julepe’ which comes from Spanish Arabic and means ‘rose-water.’ This may be a reference to the Middle eastern tradition of infusing herbs and sugars in water or spirits.

The American Julep originated as a drink of the aristocracy, who could afford the ice and silver cups. Traditionally they used brandy as a base. After the civil war, due to the south being badly affected, they were forced to use bourbon as a cheaper and more available base as the phylloxera virus had decimated the grape vines in France and drastically raised the price of brandy.

The Julep originated as a drink of the aristocracy, who could afford the ice and silver cups. Traditionally they used brandy as a base. When the phylloxera virus decimated the grape vines in France, the price of Brandy drastically rose. With the south badly effected by the civil war, they were forced to use bourbon as a cheaper and more widely available base.