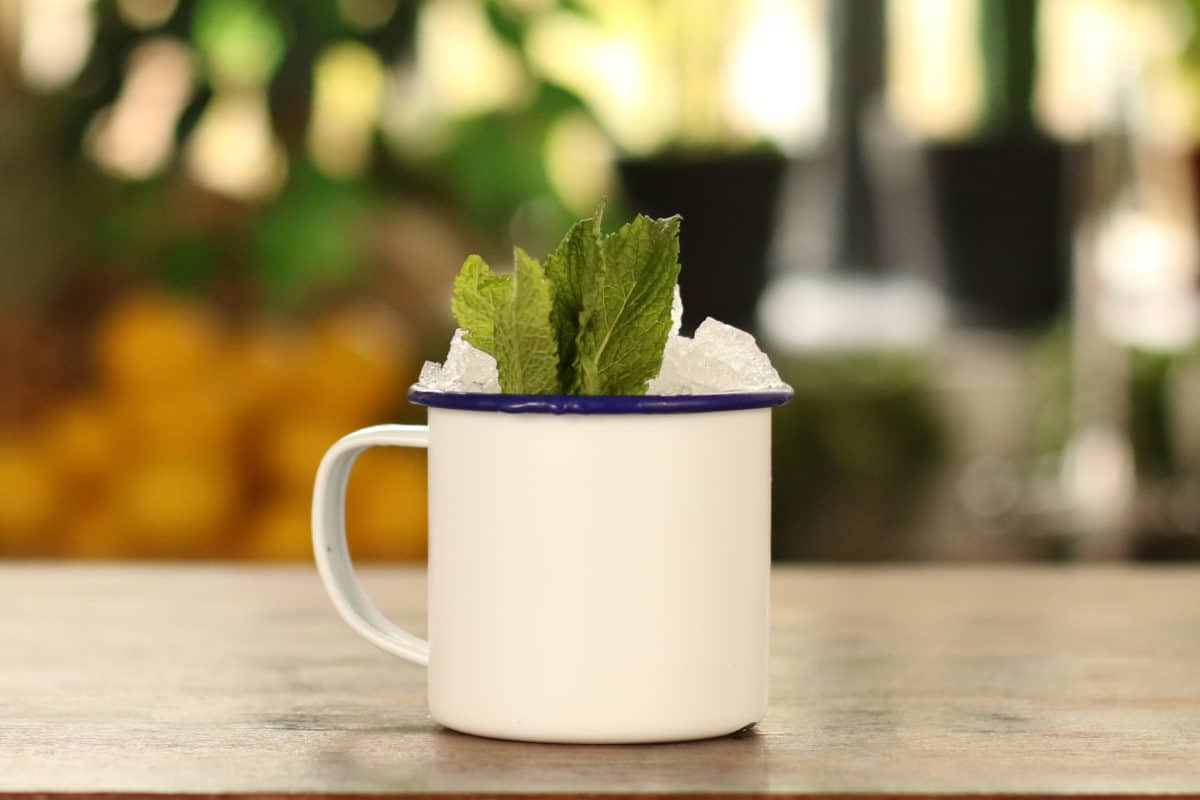 Fresh mint mixed with sugar syrup and rich caramel-y bourbon, served long over crushed ice, the Mint Julep is great all year round. Whether you want a refreshing summer slushie or a warming winter whiskey drink, the Mint Julep is a great addition to any cocktail menu.

The Mint Julep is a whiskey classic, this refreshing bourbon-based cocktail has been delighting drinkers for at least a hundred years.

Famously synonymous with the Kentucky Derby, a big horse race in Kentucky, the home of bourbon, this cocktail may only be 3 ingredients but each plays its part, working together harmoniously to create a delicious and moreish cocktail.

For those who are keen to create a whiskey themed menu, the Mint Julep is a must – mild and drinkable enough to satisfy even the most fervent whiskey haters, whilst retaining enough of the warm, maple sweetness of the bourbon to keep any grain enthusiast happy.

Some great whiskey drinks to serve alongside the Mint Julep include the classic Old Fashioned; a pared down mixture of whiskey, brown sugar and bitters, or for those who prefer a longer, low ABV cocktail, there’s the Eclipse Cooler; a fruity, bourbon-based concoction consisting of fresh raspberries, raspberry liqueur, lime juice and cranberry juice.

As the Mint Julep is a built drink it is quick and easy for your bartenders to make, leaving space for more complex cocktails on your menu. This makes it a great option for those including slow-serving, stirred drinks or complicated tiki cocktails.

The Mint Julep is served over crushed ice and you may want to include some other crushed-ice cocktails on your bar hire, some firm favourites include the Bramble; a simple celebration of British flavours featuring gin, lemon, blackberry liqueur and blackberries, or the Mai Tai; a rum-classic comprised of blended rum, orange liqueur, lime juice and almond syrup.

If you’re interested in featuring a mint julep as part of your cocktail menu and want to know what other drinks might go well alongside it be sure to speak to your event organiser, or check out some other whiskey-based, classic and julep-style cocktails from our list.

Whilst the Julep was most likely created in the southern United States sometime during the eighteenth century, it’s name comes from the Spanish ‘julepe’ which comes from Spanish Arabic and means ‘rose-water.’ This may be a reference to the Middle eastern culture of infusing herbs and sugars in water or  spirits.

The classic Mint Julep is a semi sweet cocktail served over cracked ice, churned and muddled with mint, it has fresh herbaceous qualities and some dark, dried fruit and molasses flavours from the bourbon. The Julep may originally have been a drink that was used as a vehicle for medicine, and has written references to curing ‘sickness in the stomach’. The Julep was also enjoyed with gin or brandy as a base spirit. Now the Julep is synonymous with the Kentucky Derby.

The cocktail originated as a drink of the aristocracy, who could afford the ice and silver cups.

This from themanual.com is a run down of the historical beginnings of the julep;

“First, let’s look at the word julep itself. It’s believed that the word is derived from the Persian gulab, as well as the Arab word julab, both of which translate to “rosewater.” This association is highlighted by the modern drink’s sweet nature.

“One of the first references to the mint julep goes back as far as 1784, when mint juleps were used (like many alcoholic concoctions) as medicine. Later in John Davis’s 1803 book Travels of Four and a Half Years in the United States of America, a mint julep was said to be a “dram of spirituous liquor that has mint steeped in it, taken by Virginians of a morning.”

“At this point, it wasn’t specified what spirit was used, but it’s safe to say that whiskey was among the choices, as were genever or rum, and what went into your julep depended on not only what was available, but also (and more importantly) your social class. Bourbon became most closely associated with the mint julep in the United States because the poor farmers who could not afford imported spirits such as rum would use an American made liquor instead (a great choice, if you ask us, socioeconomic status be damned.)”

We’d recommend using Woodford reserve for this cocktail, it’s a great smooth whisky with lots of spices and dried fruits.

You can experiment with different spirits but a mint Julep should always been made with bourbon.