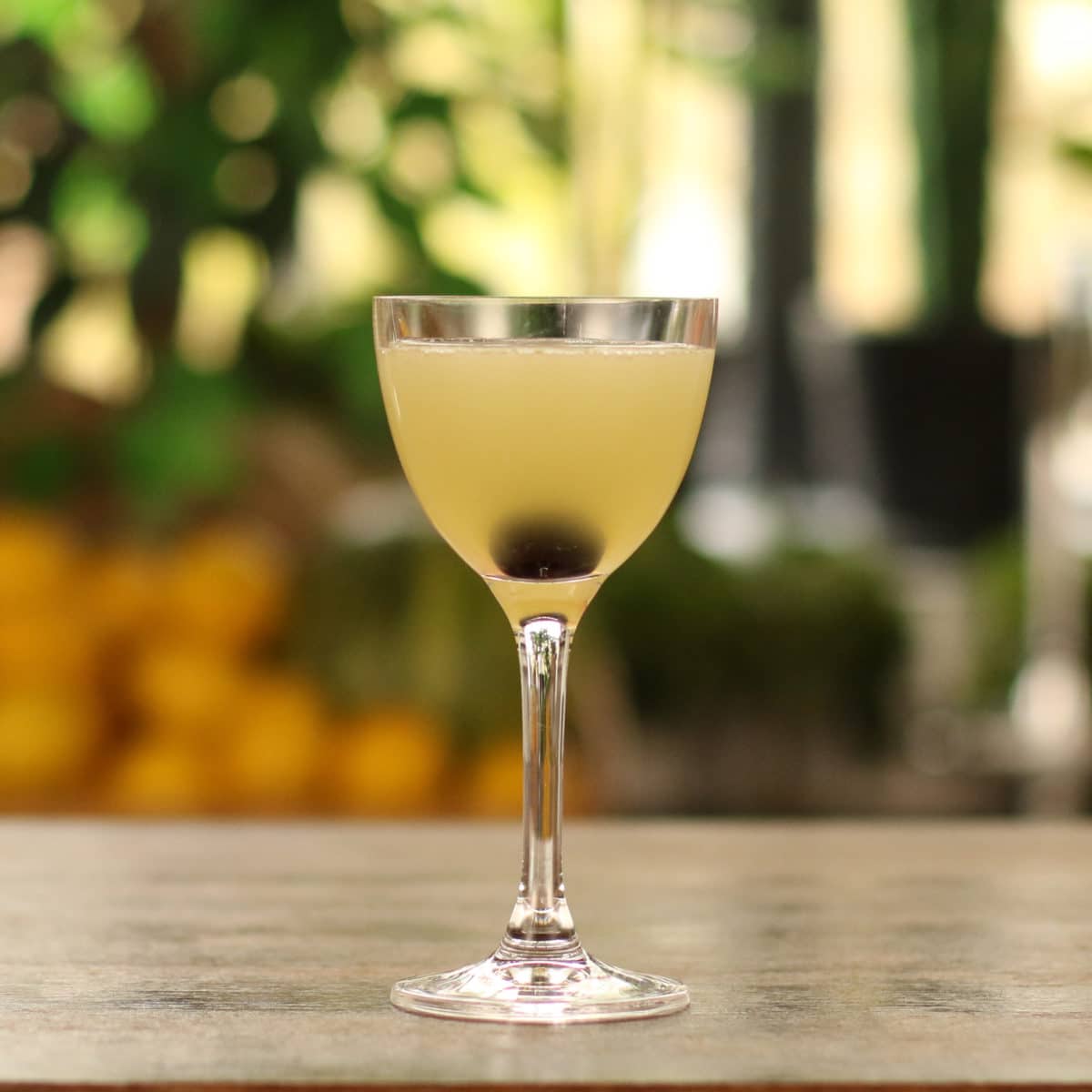 This bartender favourite is one of those strangely perfect combinations of complex herbal notes, fresh citrus and the delicate sweetness of a classic liqueur, without any syrup or sugar. This gin based classic has a unique flavour and a surprising potency.

The Last Word is a prohibition-era cocktail that, like many of its cohorts, has stood the test of time without ever really changing — its simple, memorable recipe has remained the same since its creation.

The Last Word is a classic cocktail similar to a Corpse Reviver No.2 in that it combines gin, citrus, liqueur and herbal fortified wine or liqueur in equal parts and somehow, miraculously produces a drink that is at once devilishly strong and frighteningly moreish, it has a balanced flavour that belays little of its potent combination of ingredients.

Both these drinks are sure to please and surprise guests and make great additions to a gin-based or classically styled menu, The Last Word in particular is something of an elusive drink, revered by bartenders and cocktail aficionados but little-known to the general drinking public.

The Last Word and the Corpse Reviver No.2 are both quite strong cocktails so if you’re planning a menu around drinks like these it’s worth offering some lighter options too, as well as a range of beers, ciders or wines to choose from, there are a bunch of great gin cocktails that follow a similar theme without packing quite so much of a punch. Some great light options to serve alongside these strong, gin classics include, the Clover Club; a fruity, creamy sour using egg white and raspberry syrup and the South Side Fizz; a tall version of the classic mint-gin-sour served long, over ice, with a splash of soda.

If you’re planning to serve a Last Word at your event and want to know more about what drinks might be good to serve with it, be sure to speak to your event organiser or check out some other gin-based, classic and sour-style cocktails from our list.

It’s thought the name could derive from Fogarty as well, vaudeville performers were a popular form of entertainment at the time that would put on an act that included singing, comedy and drama. Fogarty would often begin his act with a song and finish with a heart-rending monologue or ‘last word.’

Sadly, some time after WWII the Last Word fell into obscurity, being lost to a whole generation of drinkers and mixologists until, in 2004, bartender Murray Stenson of the Zig Zag Cafe in Seattle, was searching through an old copy of Bottoms Up! Searching for new drinks to serve at the bar. Setnson stumbled across the Last Word and it immediately caught his eye. He began serving it at the Zig Zig and  it soon became a cult hit at bars around the Pacific Northwest before spreading around the world.

Though the creation of the Last Word is pretty much universally attributed to the Detroit Athletic Club, when exactly this drink was formulated remains something of a mystery. Ted Saucier gives a vague idea allusion to it being created around 30 years prior to the publication of his book in 1951, which would lace it squarely in the prohibition years (1919-1933). However, cocktail historian, John Frizell delved into the archives of the Detroit Athletic Club and found that it predated prohibition by a couple of years, appearing on the club’s menu in 1916 for the princely sum of 35 cents.

There are many variations of the Last Word, one of the most popular being the Final Ward, a drink created by New York bartender Phil Ward, which replaces the gin with rye whiskey and the lime juice with lemon. Another popular spin is the Naked & Famous, created by Joaquín Simó while working at New York’s Death & Co. this spin retains only the lime juice, but keeps the same framework and proportions, replacing gin with mezcal, maraschino with Aperol and green Chartreuse with yellow.

Though pretty much all bartenders, drinkers and cocktail publications agree that the recipe for a Last Word contains equal parts of all its ingredients, somewhat bafflingly, the Difford’s Guide recipe, ups the gin and lowers all the rest to give a 3:2:2:2 ratio and for some strange reason includes a splash of chilled mineral water. We don’t condone adding water to any cocktail unless its soda and it’s going on top, best stick to the original recipe for this one.

The Last Word is a pretty widely recognised recipe and has been written about in various publications. Punch.com went in search of the ultimate Last Word, enlisting the help of a select group of bar-tenders and trying versions from all over the states:

“With the drink so ubiquitous, we felt it high time to go in search of the last word on the Last Word. Joining myself as judges were bartenders Karin Stanley (Existing Conditions), Joaquín Simó (Pouring Ribbons) and Thad Vogler (Bar Agricole and Trou Normand). Together, they tasted through 12 versions of the sour culled from bartenders across the United States, including a recipe from Murray Stenson himself.

“It was a tough room for the drink; somewhat surprisingly, there wasn’t a lot of love evident for the Last Word. Like the Aviation, another one-time “bartender’s handshake,” the cocktail seems to have suffered a backlash in bartending circles in recent years.”

Green Chartreuse is essential for the last word and an entirely unique product, so to make an authentic version make sure you get the real thing.

For maraschino liqueur, the best most widely used and probably most traditional version comes from Luxardo

In terms of gin, the gin you choose will have the most effect on the final drink’s flavour, try to use a strong tasting, botanical gin to stand up to the rich herbaceous ingredients, we recommend something like Beefeater 24 or Tanqueray 10.