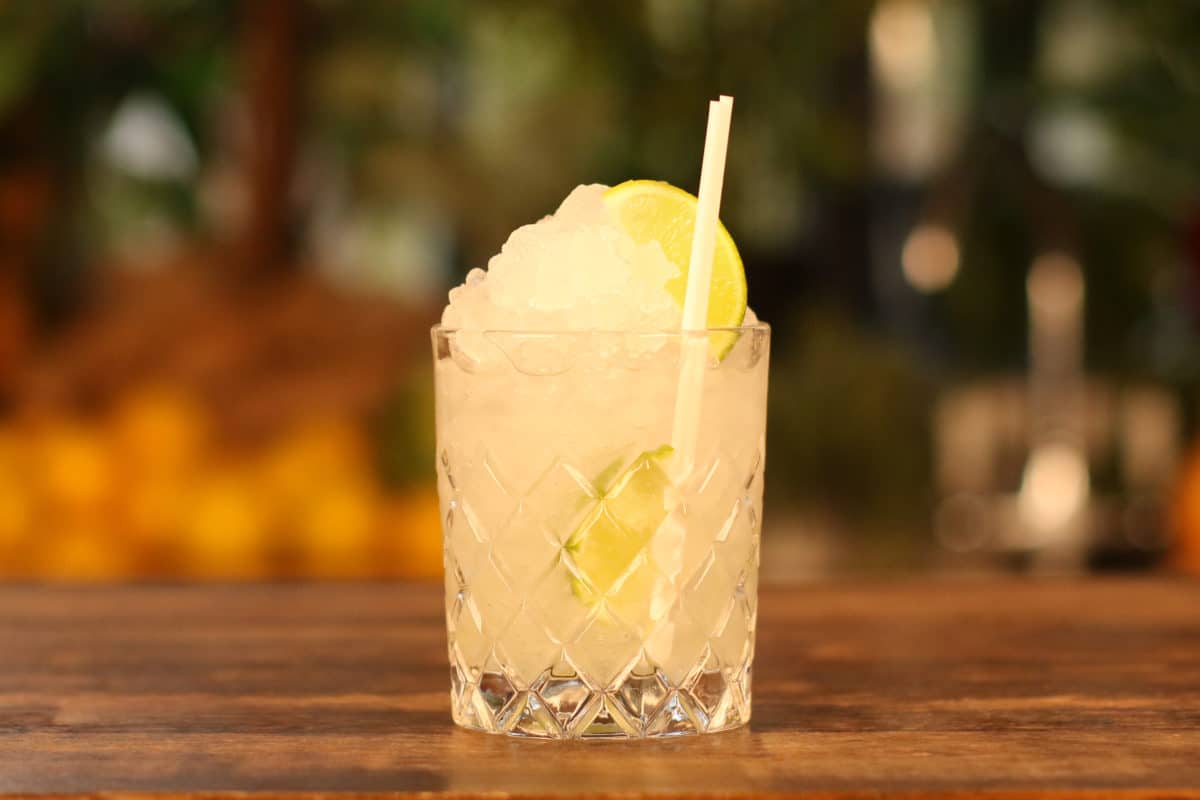 The classic Brazillian cocktail, the Caipirinha is grassy, herbaceous and heady, tart from the lime and just a touch sour, but balanced with the sweetness of the sugar and the cachaça. This is a great addition to any summery cocktail menu.

The Caipirinha is a classic Brazillian cocktail using the country’s national spirit, cachaça.

This is a great summer-time cocktail packed with the zingy flavour of lime and the subtle sweetness of cachaça which is distilled from sugar cane. For those planning a mobile bar hire with a sophisticated tropical vibe, a Caipirinha is a great inclusion for your menu.

Caipirinhas are short, strong and zingy, a muddled mix of lime and sugar topped with a healthy measure of cachaça and mixed using crushed ice, this is a cousin of the Mojito and works great alongside it as a slightly more adventurous alternative.

Cachaça and rum are closely related, coming from the same part of the world and sharing similar flavour traits. A cachaça cocktail like a Caipirinha works great on a menu featuring tropical rum-based drinks like Daiquiris and Dark & Stormys—rum mixed with ginger beer, lime and angostura bitters.

If you want to feature cachaça more heavily on your menu there are loads of other great cocktails that feature this Brazillian liquor. A Batida is a nice mellow mixture of cachaça, fruit and condensed milk, or for those more enticed by tropical, martini style drinks the Bikini Martini is an excellent modern classic to feature on your menu.

Caipirinhas can also be made with vodka which makes them Caprioskas, If you’re featuring a Caipirinha on your menu you may want to offer this alternative.

If you’re keen to feature the Caipirinha on your cocktail menu and want to know more about what drinks might work well with it be sure to speak to your event organiser about your options, or check out some other cachaça-based, tropical and julep-style cocktails from our list.

Originally a drink for the working class of Brazil, this cocktail has now gained international popularity.

The base spirit is cachaça, which is made from sugarcane as opposed to rum, which is made with molasses. Early cachaças could be very harsh and so was mixed with lime and sugar to mask the taste.

Nowadays different fruits are also commonly added to make variations on the classic Caipirinha, a blend of cachaça, lime and sugar. A caipirinha is zingy, bright and fresh with raw flavours of the sugarcane spirit.

The cocktail has a special place in the summer months, after all this is a Brazillian drink, the Caipirinha is best enjoyed in the afternoon when the sun is hot.

The best known history of the Caipirinha comes from Sao Paolo, Brazil from as early as 1918, when lemon, honey and garlic were given to patients suffering from Spanish Flu.

Cachaça was already commonly being made by the peasants of the city, and so was probably added to the drink. Adding alcohol to home remedies is common as it has a therapeutic effect. Gradually the honey and garlic were removed and sugar was put in as replacement to balance the sharpness of the lime.

Travel site G Adventures featured a story detailing the history of the Caipirinha:

“Cachaça has been around in Brazil since the 1500s, but when was the caipirinha invented? Although there are many theories around how the drink came to be — one of which suggests that a variation of the drink was used to help cure the Spanish Flu epidemic in the early 20th century — the original recipe likely contained garlic, honey, lime and other strong natural substances—a variation of which is still used to this day to help cure the common cold. And for the non-medicinal version, the balance of sweetness and acidity of the cocktail (plus the contrast of cold against the Brazilian heat) really set off the cocktail’s flavour.”

We recommend trying Leblon cachaça, Aged briefly in french oak barrels this is a smooth cachaça that will give your caipirinha added elegance.